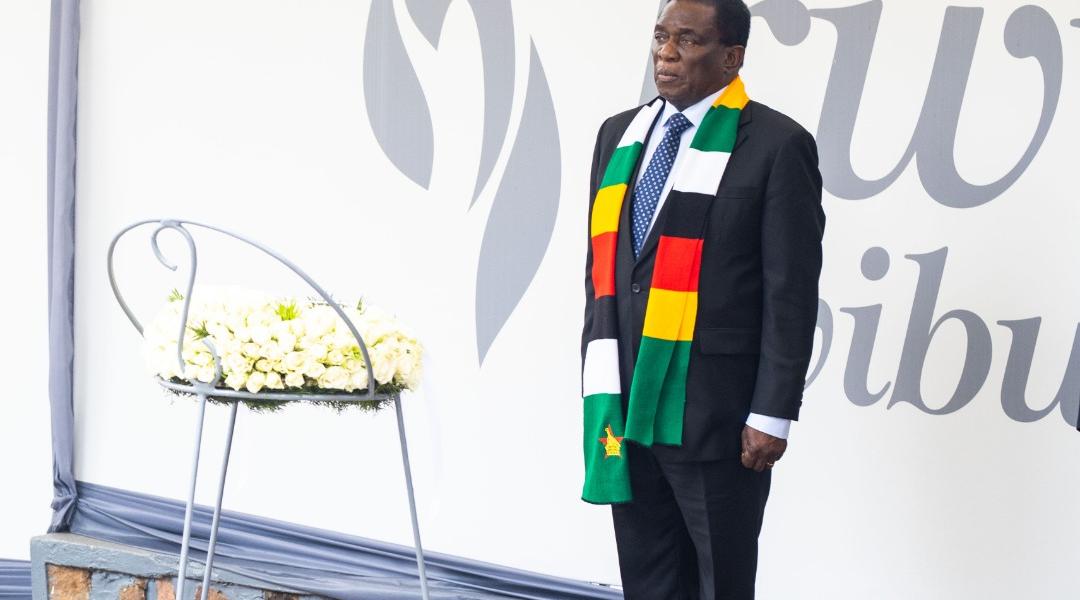 President Emmerson Mnangagwa at the Kigali Memorial in Rwanda

Bulawayo-based pressure group, Ibhetshu LikaZulu, has criticised President Emmerson Mnangagwa for his visit to the Kigali Memorial on Wednesday to pay tribute to over 600 000 victims of the 1994 Rwandan genocide.

Mnangagwa, who is in Rwanda for the #AGRF2022 Summit, was accompanied by some Rwandan government officials to the site and laid a wreath in honour of the victims.

But Ibhetshu LikaZulu, which was formed in pursuit of justice for the victims of the Gukurahundi killings, labelled Mnangagwa’s tour of the Kigali Memorial hypocritical.

The group queried why Mnangagwa paid tribute to the victims of the Rwandan genocide when back home, suspected state agents have continued to deface and vandalise Gukurahundi memorials by activists and survivors. It said:

Shocking that he poses there when in his country a genocide is still unresolved, thousands are lying in shallow graves, commemorative plaques erected by families are bombed and stolen! The irony of it is astounding.

For instance, a Gukurahundi memorial plaque at Bhalagwe in Maphisa has been vandalised three times by suspected state security agents in just two years.

Unbelievable. Hypocritical. Mnangagwa is a perpetrator of genocide.

The Rwandan genocide occurred between 7 April and 15 July 1994, with members of the Tutsi minority ethnic group massacred by armed Hutu militias.

Meanwhile, Gukurahundi, which some have described as a genocide, was a military operation by the Zimbabwe National Army in the 1980s which resulted in the killing of an estimated 20 000 civilians, mainly Ndebele speakers. | ZimLive