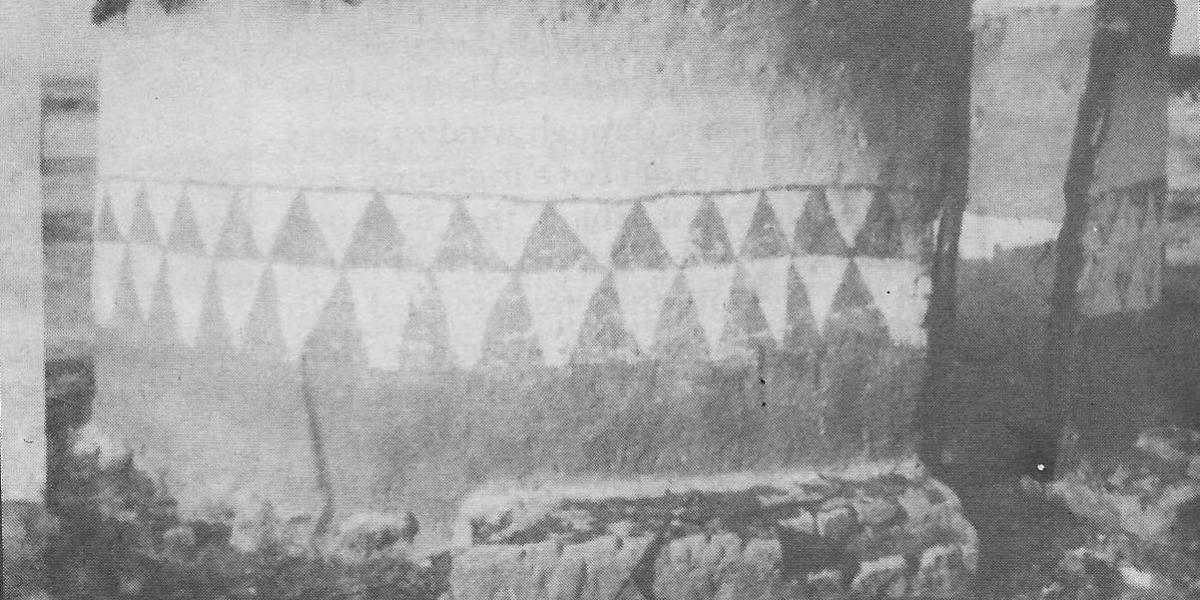 by Rodrick Chinodakufa
FORMER Mozambican refugees who settled among villagers in the Mandeya area in Manicaland are being terrorised by locals who are demanding that the refugees should go back to their country.

Although some of the refugees have been pressurised to leave, others vowed not to go anywhere. They claimed to have bought the pieces of land they occupied from some headmen.

“I bought the land I am on with my family in 1983, for $40 from the then headman, and I do not intend to move, no matter what,” vowed Simon Ncube, a father of four.

The headman who is alleged to have sold the land to Ncube and many other ex-refugees died in 1988.

“I just cannot go away leaving my parents’ graves here,” was the reason given by Theophilus Time for being not too willing to return home in Mozambique.

The civil war in Mozambique which started in 1975 just after the country gained independence from the colonial Portuguese saw millions of Mozambicans take refuge in neighbouring countries. A reported 140,000 refugees were accommodated at the five refugees camp in this country while an unknown substantial number went to work in the farms and towns and some settled in the communal areas.

A peace accord signed in Rome in 1992 resulted in the repatriation of the refugees under a United Nations sponsored programme. However, a number of refugees, especially those who had settled in the villages, decided to be permanent residents of host countries. It is these who now say they are being terrorised by locals to force them to go back to their country.

Speaking to Moto‘s correspondent, the Mozambicans said that some have had their homes burnt while others were not allowed to fetch water from the boreholes and wells which were mostly sunk by non-governmental organisations; and were called names among many other instances of xenophobic harassment.

Cleopas Billiart said that he lost his property worth around $500 when his hut was set on fire when a girl from a family in the area eloped to his son who works at a tea estate in Honde Valley.

Billiart said that the girl’s relatives and other villagers accused him of casting “muti” to make the girl, Ration Murapa, fall for his son.

“I have been told that I will not know any peace until I have undone the “muti“, said Billiart who denied knowledge of such muti.

Billiart said that before this event the villagers had been telling him to go back to his country and asking him what he still wanted in this country when the war was over in Mozambique.

“I bought the land I live on and I am entitled to stay here for as long as I wish,” he said. However, two families who lived near Billiart are said to have left for Mozambique after their huts were burnt reportedly for occupying grazing land although they had been there since 1983.

Mario Sidhule said he had to fetch borehole water in the small hours of the morning when everyone would be asleep for fear of being assaulted. We get beaten up if found fetching water from the boreholes and wells. They tell us to go and fetch water from Mozambique,” said Sidhule.

Derogatory names like “Masena”, “Mabwidi” and “Mabhurandaya” are said to be commonly used to refer to the former refugees.

The Mozambicans also said that they did not get drought relief food nor are they benefitting from the present grain loan scheme. Many are having to go and search for work at the Eastern Highlands Tea Estates.

This correspondent spoke to some of the villagers alleged to be ill-treating the ex-refugees. “We allowed the Mozambicans to occupy our grazing land on the understanding that they would move when the war is over in their country but it appears many of them want to be here forever and we can not accept that,” said one head-man who declined to be named.

Samuel Chahwanda, a villager, said: “Our children are being resettled far from their places of origin because their land has been occupied by people from Mozambique, we don’t want that.” 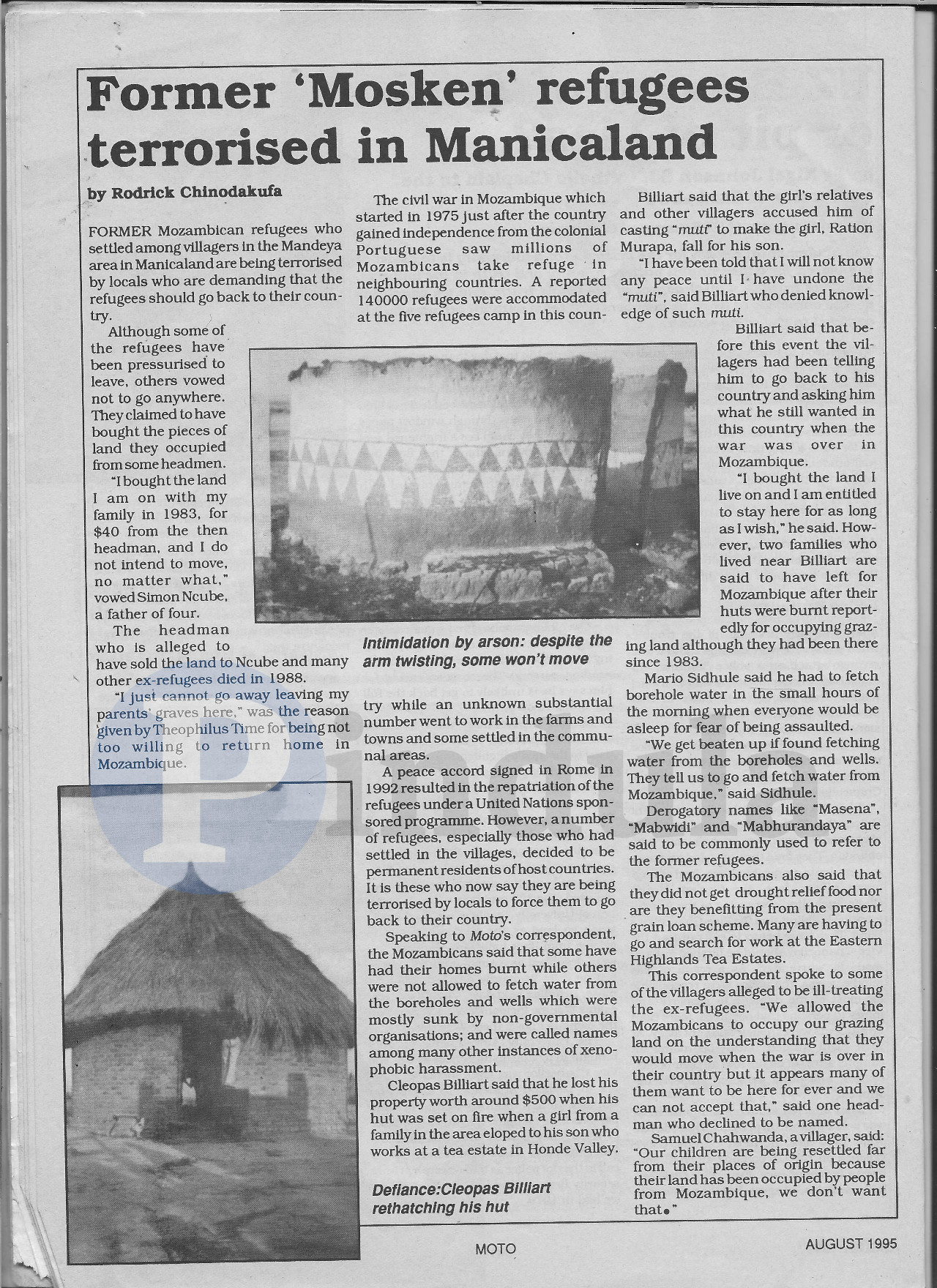