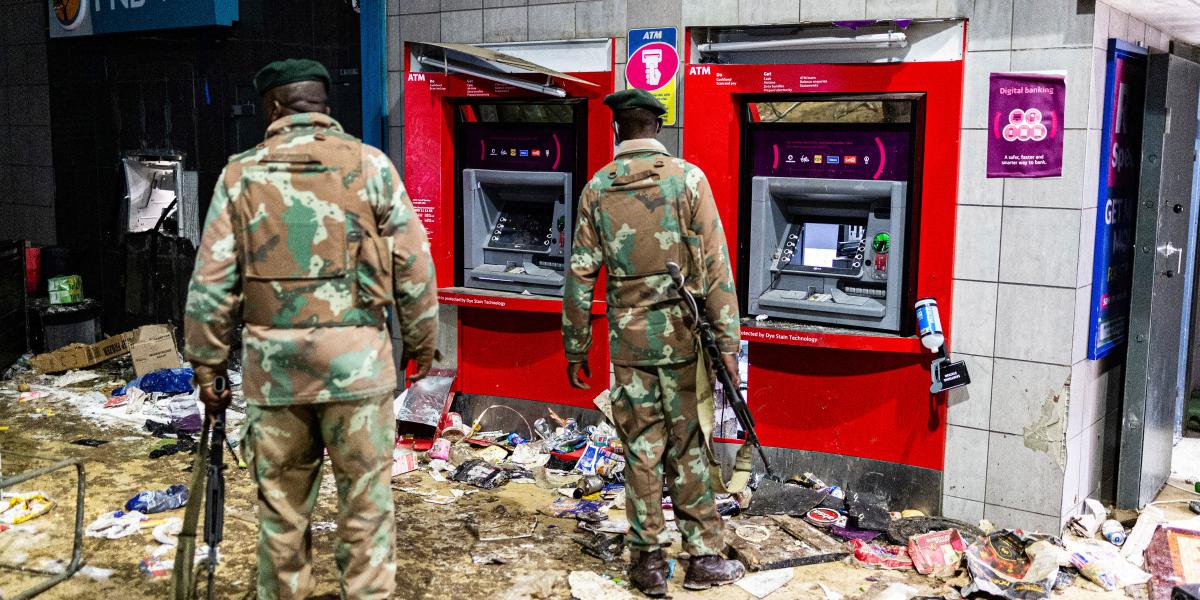 The South African National Defence Force (SANDF) said it will not be deployed against citizens but to protect health, life and property.

President Cyril Ramaphosa has the executive authority to deploy soldiers but he is obliged to inform Parliament.

An internal SANDF document revealed that soldiers were placed on standby for deployment in light of the insecurity in the country. Director for the SANDFs corporate communication, Brigadier-General Andries Mahapa:

Chief of the South African National Defence Force, General Maphwanya, would like to reiterate that should the deployment of the SANDF be authorised according to Section 201/2 of the Constitution, it will be mainly for the preservation of health, life and property, not against the people of South Africa.

Mahapa said that military generals had stressed that the document was never intended for public consumption, and it remains an internal document meant for planning and coordinating purposes internally within the SANDF.

Two protesters were shot dead in South Africa on Monday during a demonstration against the rising cost of living.

The protest took place in the township of Tembisa, in the east of Johannesburg, where angry residents, demonstrated over electricity prices, blocking roads with burning tyres and setting fire to a public building.

The country has also witnessed mass shootings at taverns across the country as well as clashes between residents and illegal miners in recent days.

One Comment on “SA Military: Soldiers Will Not Be Deployed Against The People”