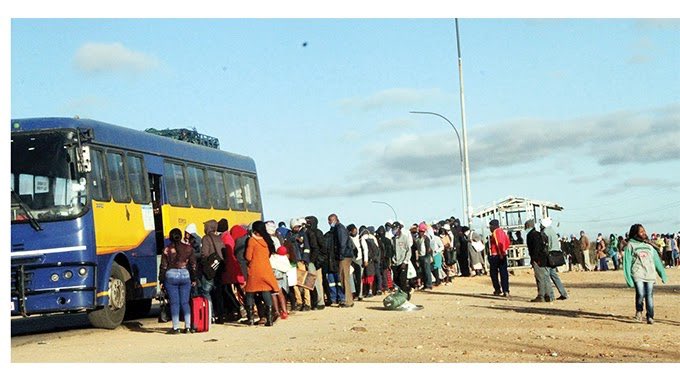 A Zimbabwe United Passenger Company (ZUPCO) driver has been dragged to court for allegedly harassing a blind beggar, at the company’s depot.

The complainant, Emma Saliwe approached the Harare Civil Court, seeking a peace order against the driver, only identified in the court papers as Passhoma.

Saliwe also alleged that Passhoma pushed her at his workplace resulting in her sustaining a knee injury. She told the court:

On the 24th of July, he pushed me violently, hurting my knee, saying I was blocking people from getting onto the bus.

On the day in question, he was helped by his friend to carry me out of the bus.

In response, Passhoma acknowledged carrying Saliwe out of the bus but denied pushing her. He said:

We had an argument some time ago, and I took her to the police station.

I noticed that she was moody that day and carried her out of the bus, and did not push her.

The bus is not mine and I have never denied her the chance to board the bus.

Magistrate Rutendo Machingure dismissed the application, saying the driver cannot be barred from executing his duties to the public.