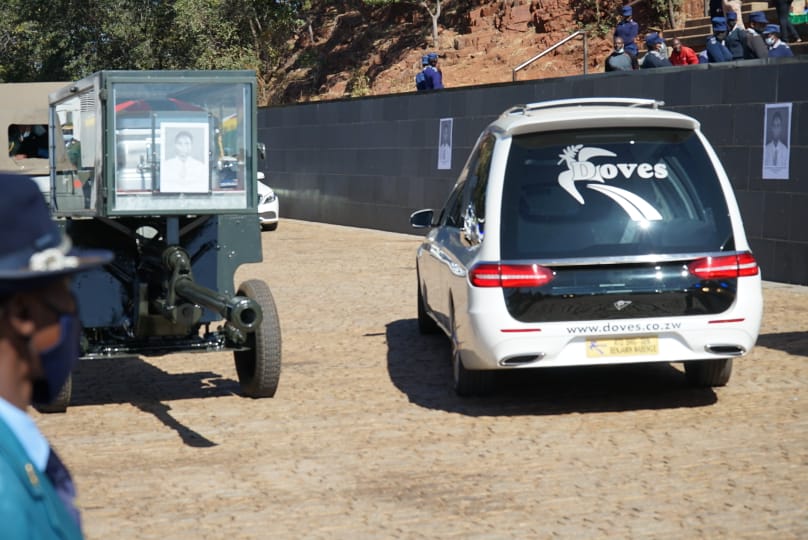 A veteran of Zimbabwe’s war of independence, George Makombe, on Tuesday said the conferment of national heroes status on the late Retired Brigadier General Benjamin Mabenge by President Emmerson Mnangagwa “was a given” considering the role he played in the country’s liberation.

Makombe, who was a close friend of Mabenge, said the struggle veteran was “a real soldier in the pedigree of Perrence Shiri and Tonderai Nyika.” Said Makombe:

… the President didn’t consult when he heard that Mabenge had passed on.

He (Mnangagwa) just conferred him with the national heroes status because that is deserved. We are honoured by the President’s gesture.

Makombe said he met Mabenge during the war in 1977 and forged not only a good working relationship but also a friendship which developed into family relations.

The late national hero was the commander of the highly volatile Gaza Province during the Second Chimurenga. Added Makombe:

He was a commander and a soldier par excellence. It’s sad we are losing the greatest soldiers of our time. We lost Perrence Shiri, Tonderai Nyika, and now Mabenge.

I would say these were our greatest commanders as they were operational field commanders in charge of provinces during the liberation struggle.

I can say I was privileged to work under these great commanders.

Mabenge died in Harare on Monday at a local hospital where he has been hospitalised for the past two weeks. He was 67.

His body was flown on Tuesday morning to his farm in Kwekwe before it returned later in the day for burial at the National Heroes Acre this Wednesday.