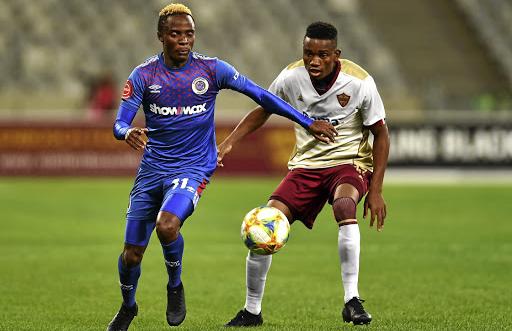 Warriors midfielder Kudakwashe Mahachi has been acquitted of theft charges after a Bulawayo magistrate established there was bad blood between the soccer star and his sister Meline who was the complainant.

Mahachi was charged with theft after he allegedly snatched and damaged an XP iPhone belonging to Meline as part of concerted efforts to destroy evidence in a case in which he is being accused of scalding his four-year-old son with boiling water.

NewZimbabwe.com reports that in acquitting the former Highlanders midfielder, Bulawayo magistrate Vivian Ndlovu said the State failed to prove the essential elements of the case.

The magistrate noted that Meline made it clear that she willingly gave the phone to Mahachi during cross-examination.

Court also ruled there were inconsistencies in her evidence.

During the trial, prosecutors called four witnesses including the complainant and her neighbour Chaka Mafaro.

Mahachi was represented by Nkosiyabo Sibanda and Tinashe Runganga from Tanaka Law Chambers.

One Comment on “Kuda Mahachi Cleared Of Theft Charges”