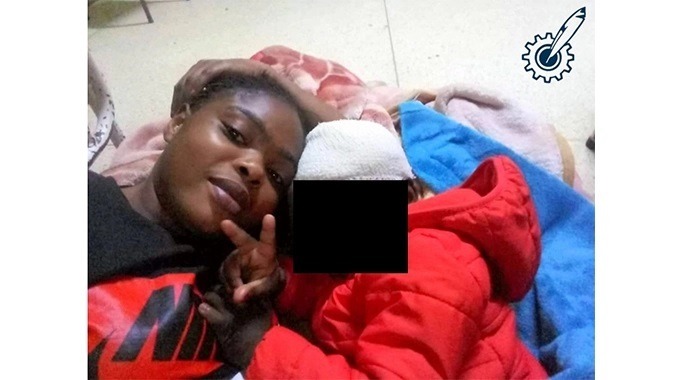 Kudakwashe Mahachi’s ex-wife Maritha Ndlovu has won custody of their four-year-old son after the Department of Social Welfare had taken him.

Mahachi is accused of assaulting and scalding his son while at his house in South Africa. The footballer, however, denies the charges.

Officials from the Ministry of Public Service, Labour and Social Welfare took the child so that he can give an independent testimony in the criminal matter which is pending against Mahachi.

The department had also stated that it fears for the safety of the minor child but Ndlovu, the child’s mother, challenged the decision to take the child from her.

Through her lawyers, Coghlan and Welsh, Ndlovu argued that no persuasive reasons were given by the Social Welfare Department as to why it fears for the safety of the minor child while with his mother.

Ndlovu won back custody of her child after a probation officer’s report, with Bulawayo magistrate, Vivian Ndlovu showed that there was nothing Ndlovu can do that is detrimental to the minor child. Reads the judgement:

The minor child was said to be the child in need of care in terms of Section 2(j) of the Children’s Act by the Social Welfare Department.

Court finds that the probation officer’s report shows nothing that the mother has done which is detrimental to the interests of the child.

Probation officer’s report states that the child was allegedly injured in the custody of Kudakwashe Mahachi who allegedly assaulted him with a charging cable and scalded him with hot water.

Ndlovu had challenged the taking into custody of the minor by the Social Welfare Department saying they had failed, neglected or refused to take him to Mpilo Central Hospital for his weekly reviews.