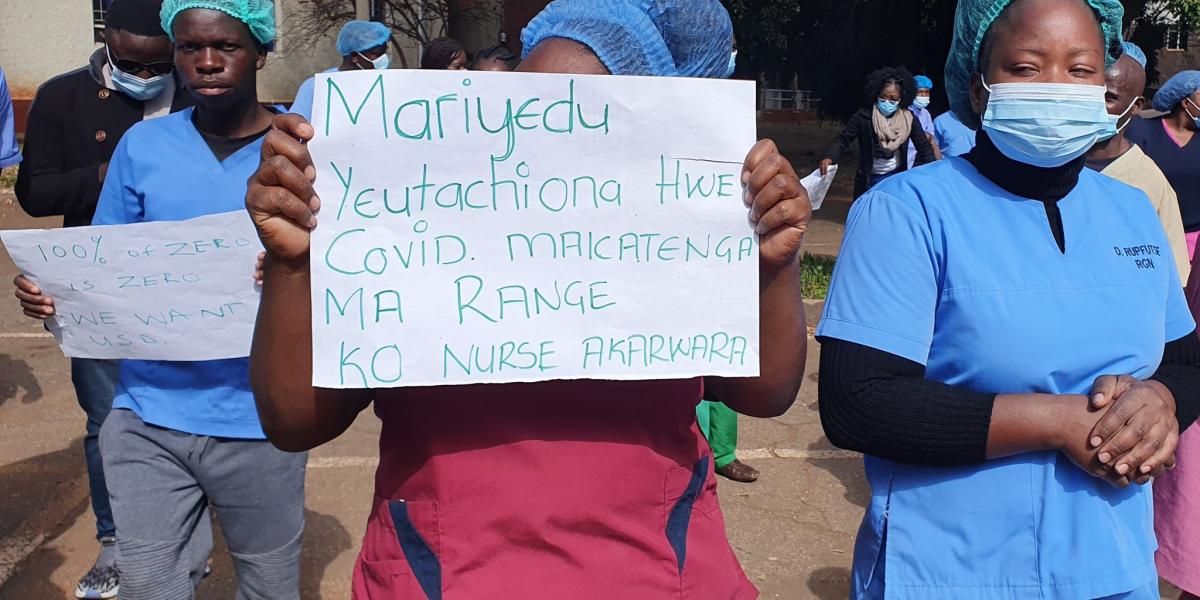 General workers at the Parirenyatwa Group of Hospitals, who include groundsmen, cleaners, and cooks are reportedly earning as little as ZWL$5 000 a month.

We are in full support of the ongoing strike. We are incapacitated. We have nothing at home, our salaries are too low, we cannot feed our families and we do not even afford our own accommodation.

Some of my members are earning less than ZW$5,000 because they have taken some loans and their salaries are being heavily deducted putting an extra burden on them.

For someone who is getting ZW$5,000 it is very difficult to survive because we pay transport fares in US dollars.

We buy the money on the black market at the rate of US$1 to ZW$600 which makes it really tough for us as lower-grade employees.

Public sector healthcare workers have been on strike since Monday after the Government ignored calls for dialogue for 14 months.

They are demanding that their salaries should be paid in US dollars, among other things.