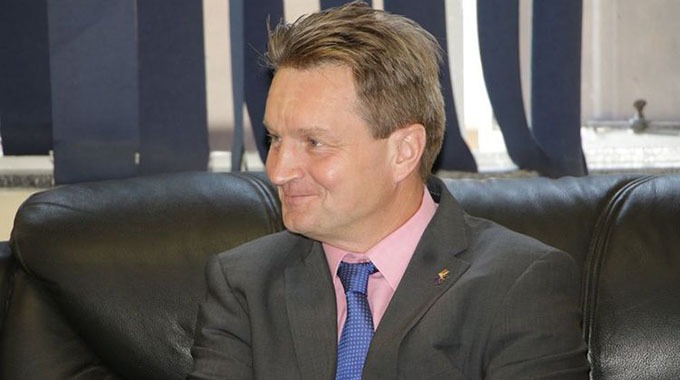 The European Union (EU) has blacklisted the Zimbabwean government and public sector from accessing loans from its financial institution.

The EU is concerned that Zimbabwe may fail to repay loans due to its currency volatility and failure to service an external debt of over US$10 billion.

Zimbabwe the EIB over US$300 million.

The EU Ambassador to Zimbabwe Timo Olkkonen said that EIB can advance loans to the private sector and not the government and the public sector.

He was speaking to Business Times at the recent signing between the European Investment Bank (EIB) and First Capital Bank. Olkkonen said:

The fact that because of the arrear situation in Zimbabwe, the EIB is not able to do public lending in Zimbabwe.

… There are issues around security and ownership tenure of land in the agriculture sector which I know is a cause for concern but there are some discussions which are ongoing.

There are some issues like the level playing field in terms of investments and corruption which are also cause for concern in Zimbabwe.

Olkkonen said there are some economic and structural reforms that Zimbabwe has to implement in order to attract investment in the country.

The reason we are not extending the credit lines to the public sector is due to the arrears that are yet to be resolved in years.

He was speaking on the sidelines of the NMB €12.5m signing ceremony, Agriculture, Private Sector and Trade.

One Comment on “EU Rules Out Lending To Zimbabwean Government, Public Sector”