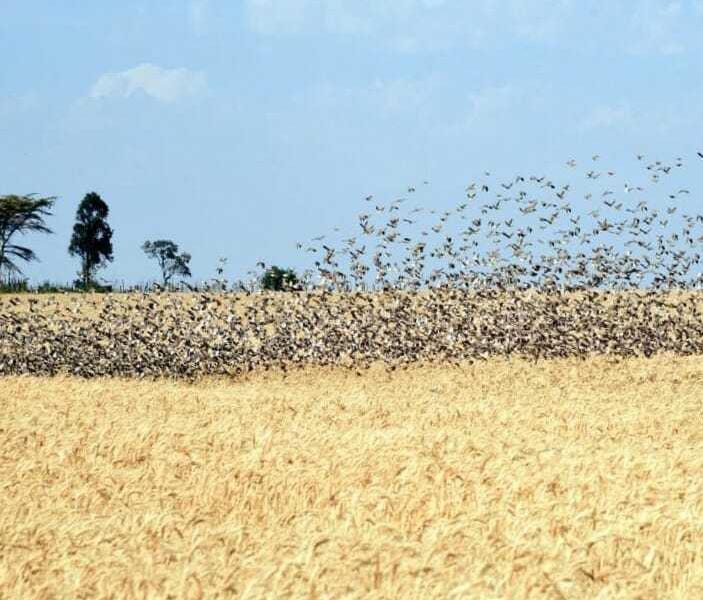 Local wheat production has received a vital boost after a local company refurbished two planes to curb the threat of Quelea birds.

ZBC News reports that the government availed foreign currency to Agricair to refurbish planes for spraying the menacing birds.

The two planes have now been fixed and are ready for wheat and other aerial spraying operations. Agricair General Manager, Carl Van dar Riet said:

We want to thank Government through the Reserve Bank of Zimbabwe for availing Forex import spare parts for our engines and as you can see the airplanes are ready for spraying quelea birds this season.

Another third plane will be fixed in the next three months after the company secured an engine for the aircraft.

Quelea birds are destructive and can destroy vast acres of wheat if not controlled.

Zimbabwe has been failing to produce enough wheat for domestic consumption. The bulk of it is being imported from as far as Russia.

In 2020, Zimbabwe imported $94.8M in Wheat, becoming the 77th largest importer of the commodity in the world. In the same year, wheat was the 9th most imported product in Zimbabwe.

Zimbabwe is targeting 400 000 tonnes of wheat this season after the country registered a 36 per cent output growth last year.