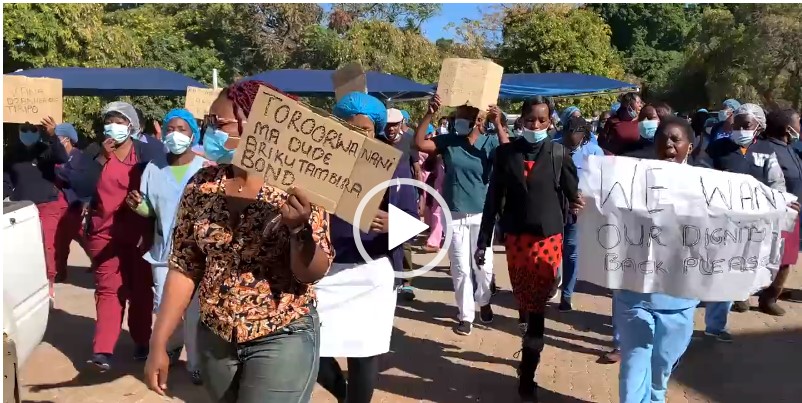 Zimbabwe’s health workers Monday took it to the streets to protest over poor salaries and working conditions. They gave the government notice to down tools last week. In a notice of incapacitation and withdrawal of service seen by Pindula News, the workers who are currently paid in the local currency have repeated their call to be paid in United States Dollars (USD). The Zimbabwe dollar has been losing value since its reintroduction in 2019. Watch the video below for more:

The protest comes as the government has offered a 100% salary increment.

Analysts say the government needs to realise that something is fundamentally wrong with this society, its economy and politics to address the vicious cycle and crisis.

Workers have been periodically embarking on industrial action since 2019 demanding restoration of their pre-October 2018 salaries which were in United States dollars.

The government says it is incapacitated to pay all its workers in foreign currency. Some analysts say Zimbabwe has enough resources to take care of its workforce, “but the government has other priorities.”