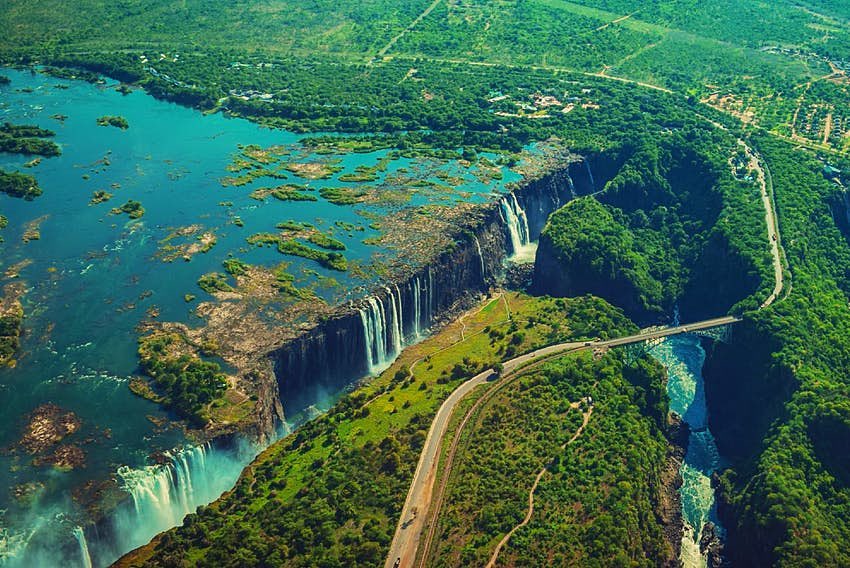 Russia’s invasion of Ukraine in February this year is having ripple effects across the planet, including in Zimbabwe.

Economic sectors, including tourism, which has been slowly recovering from the COVID-19 pandemic, are now suffering from the impact of Vladimir Putin’s war.

A 39-year-old mother of five, Elina Ncube, of Victoria Falls, now survives by scavenging for food at the municipal dumpsite.

Ncube is a former housekeeper at one of the prime lodges in Victoria Falls who lost her job due to the coronavirus.

She got a temporary reprieve when the tourism industry reopened late last year after her former employer rehired her as a gardener, but her contract was terminated when Russia invaded Ukraine.

Ncube’s employer is one of the many tourism operators in Victoria Falls who relied on Russian safari tourists in Zimbabwe.

However, the number of tourists from Russia has fallen since the war began. Said Ncube:

My husband is disabled and when I lost my job my neighbours introduced me to Masuwe dumpsite where we survive by picking up old clothes to wear, food to eat and plastic and metallic objects for resale to recyclers.

I can no longer afford to buy basic groceries such as bread and flour to feed my family and prospects of finding another job in this COVID-19 era are near impossible.

The war in Ukraine has made the situation even more desperate because most of the tourists that booked at our lodge were from Russia and we were told that most of them had cancelled their bookings.

The president of the Employers Association for Tours and Safari Operators, Clement Mukwasi, said Russia is a big source market for Zimbabwe’s hunting industry.

Mukwasi said the war had an immediate impact on the country’s tourism industry which was beginning to recover from the impact of COVID-19 lockdowns. He added:

We were hoping that we would begin to see some tourist arrivals from all over the world, but we have seen that the tourists, specifically those that come from Russia have completely stopped coming to the continent of Africa.

Russian citizens are unable to transact on any of the monetary platforms because of the sanctions that the country has been hit with and also when there is instability, it becomes difficult for people to freely move.

So what is going to continue happening is that certain sectors of tourism are going to be affected, especially the hunting sector which is mainly dominated by the Russian, Belarusian and Ukrainian tourists.

Tourist arrivals from Russia’s neighbours such as Ukraine, Turkey, Poland and Germany have also dropped significantly.

A combination of the Russia-Ukraine war and COVID-19 has also been blamed for a rise in fish poaching where poachers resort to using mosquito nets to catch larger volumes of fish.