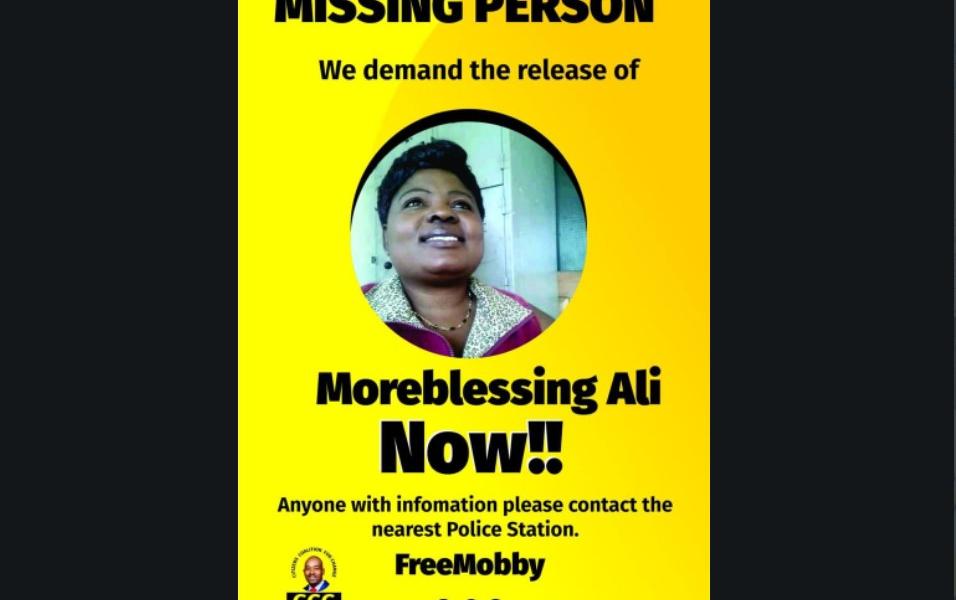 The Zimbabwe Republic Police has spoken on the “alleged enforced disappearance of Moreblessing Ali” an activist of the opposition Citizens Coalition for Change (CCC) led by Nelson Chamisa. In a statement seen by Pindula News, police national spokesperson, Assistant Commissioner Paul Nyathi said Pius Jamba is the one who disappeared with Ali. Reads the statement:

The Zimbabwe Republic Police has taken note of various allegations and insinuations on the disappearance of Moreblessing All on 24th May 2022 at Chibhanguza Shopping Centre, Nyatsime in Beatrice.

Kirina Mayironi ran into the club to seek refuge. Pius Jamba then had a scuffle with Moreblessing Ali and dragged her into darkness. The two disappeared. All this was clearly observed by Kirina Mayironi who later went home in company of Washington Mutsviri.

On 25th May 2022, Kirina Mayironi made a report of assault against Pius Jamba and another concerning the disappearance of Moreblessing Ali and her ex-boyfriend Pius Jamba.

Police investigations have also established that Pius Jamba is not a member of any political party as alleged by some social media activists and politicians. Currently, there is no evidence to show that Simba Chisango is also linked to the disappearance of Moreblessing Ali or the scuffle which occurred at Chibhanguza Shopping Centre.

Police inquiries have also shown that Pius Jamba was accusing Moreblessing Ali of dumping him after he had spent a lot of money on her during their love affair.