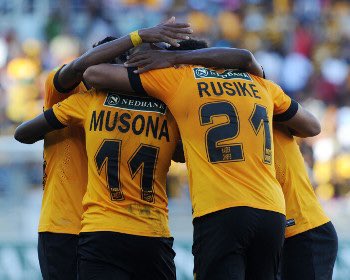 Former Warriors striker Matthew Rusike has described Knowledge Musona as by far the most consistent and important national team player, ever.

Musona, who plays for Al-Tai in the Saudi Professional League, announced on Thursday, 19 May that he was retiring from the Warriors to focus on his career at the club level.

The 31-year-old former TSG 1899 Hoffenheim striker said the other reason he was quitting national duty was to give his other teammates and upcoming players the opportunity to represent the Warriors.

Posting on Twitter on Friday afternoon, Rusike said since he was 12-year-old, he has drawn inspiration from Musona. He wrote:

Thanks for your service to Zimbabwe Mr Pongrasa [Zimbabwean flag emoji] is by far the most consistent and important national team player we have ever had.

Since 12 years old you have shown me how football is supposed to be played. Big respect always my captain.

In his statement addressed to Zimbabweans, Musona said he will cherish every moment that he has spent as a member of the Warriors squad.