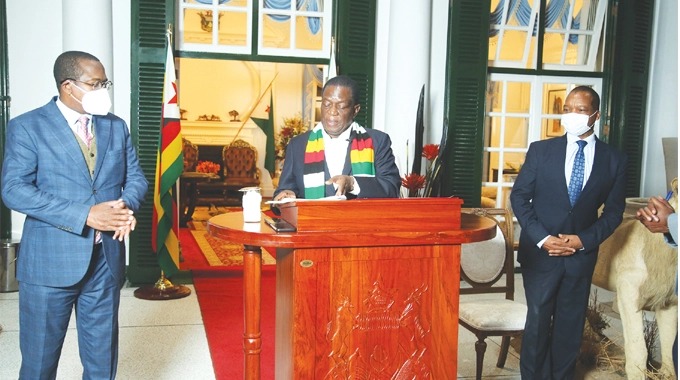 President Emmerson Mnangagwa has accused some big companies of collaborating with a third hand to destabilise the economy.

This follows an astronomical rise in the prices of goods and services, which has further eroded the majority of workers’ purchasing power.

We have established that some members of the business community were involved in fuelling the parallel market thereby destabilising our local currency.

Our economy has been under attack from unscrupulous and nefarious individuals and syndicates bent on sabotaging our way of life.

The onslaught has created hardships for our citizens due to the inflationary pressures caused by speculation on our local currency.

I believe that these activities have been caused by a third hand whose objective is to interfere and derail our national development trajectory.

Mnangagwa exhorted companies “not to be collaborators in these selfish and self-serving efforts that are not in the nation’s collective interest”.