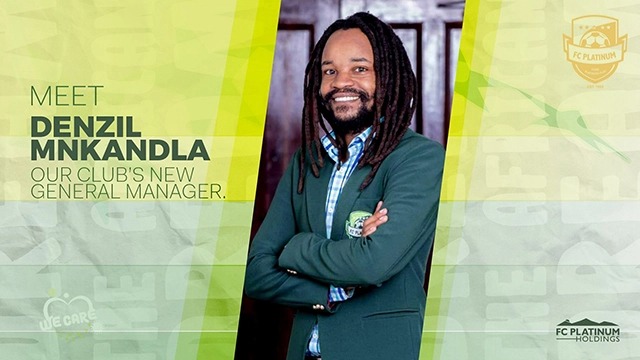 Mnkandla is taking over from Joseph Mususa who has retired. FCP said in a statement:

Official Appointment: The FC Platinum Club Executive is pleased to announce the appointment of Denzil Mnkandla as the Club’s General Manager.

The entire Club has full trust in your capabilities. Wishing you all the success!

The Zvishavane-based club is currently eighth on the standings with 19 points and trails league leaders Dynamos by 10 points.

FCP lost 0-1 to Herentals in their last league match and face CAPS United this Saturday.