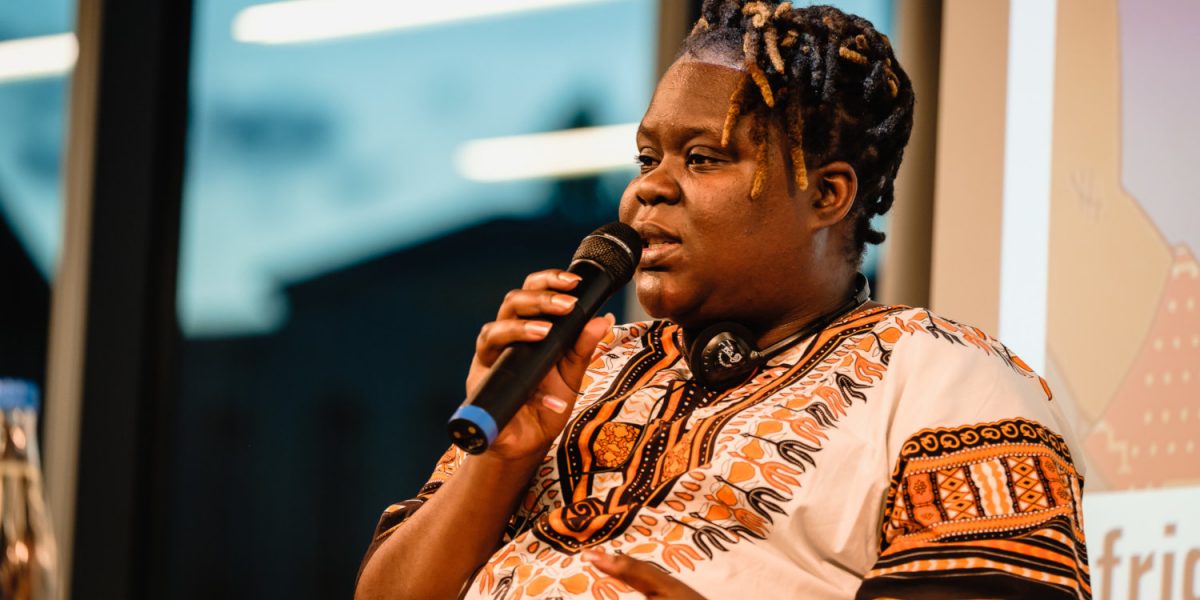 The president of the opposition Labour, Economists Afrikan Democrats (LEAD) party, Linda Masarira, has said the welfare of workers in Zimbabwe will never change as long as workers are not in government where decisions affecting them are being made. Masarira, a former MDC-T spokesperson made the remarks in her speech to mark Worker’s Day on 1 May. In a statement, seen y Pindula News, Masarira equated the political elites to neocolonialists adding that the salvation of workers is in Parliament ,and not in the factory. We present her statement below:

As the whole world celebrates Workers day today, my heart bleeds with sorrow about the current working conditions of the majority of workers in Zimbabwe who are struggling to make ends meet.

One of the struggles that led to the Chimurenga liberation struggle was the worker’s struggle, need for self determination, equal opportunities and land to all native Zimbabweans. 42 years after independence, workers are now in a worse off situation than they were in the colonial era. The gains of the liberation struggle have been reversed by a governance system that is anti-workers and leaders who are greedy, selfish and corrupt across the political divide. Politicians continue using the worker’s struggle for their own political grandstanding at the expense of the worker.

The struggle for emancipation by the Zimbabwean workers has its roots in the happenings of the late 19th Century. After obtaining the Rudd concession the whites did not stop but rushed to obtain the royal charter from the Queen of England.

If one reads this colonial document together with the Rudd concession they will realize that it was these documents that stripped the Zimbabwean people of their right to own resources and turned them into labourers.

The 1893 and 1896 rebellions were efforts by our ancestors to reject being reduced to second class citizens in their own land. The First Chimurenga was not only a fascinating protest and African struggle rallying against colonialism but a rejection of the colonial socio-economic system.

However, due to superiority of firepower we lost and the whole nation was turned into a reserve of labourers for the emerging colonial state.

The Africans were forced into tribal trust lands (marginal farming areas characterised by poor climatic and soil conditions) while the whites not only took the best farming lands but also began to fashion out an agro-based industry. The harsh economic conditions in the reserves
had few survival options and black people had no choice but to turn to the whites for wage labour.

Gradually a new type of African man who depended on wage labour emerged. To keep the Africans coming the whites not only treated these workers as subhuman but offered them very low wages. As early as 1910 the Afrikans began to organize themselves to challenge not only the low wages but the whole idea of having to be treated as subhuman yet they were the means by which the white economy grew.

In 1914, the Matabele National Home Movement became vocal in denouncing plans to reduce the size of reserves which was a means to further impoverish the Afrikans so that they could provide cheap labour to whites.

In 1922, there was a referendum on whether to have ties with South Africa but only 60 out of the 900 000 African workers and their families were eligible to vote. In response, Abraham Twala, a Zulu Anglican teacher wrote: “Experience has taught us that our salvation does not lie in Downing Street.” Surprisingly that it’s now over 100 years and yet we the Afrikan workers are still yoked to the same forces that forced Twala to sound these words of protest.

The case of the Zimbabwean worker today is a sad story which has seen over 80% of the working class living below the living wage or the poverty datum line. The remainder of Zimbabwean workers have been forced to seek economic refugee in foreign lands where they not only sell their labour cheaply but work under conditions which can be referred to as modern day slavery.

These gallant sons and daughters of the Zimbabwean soil are riling under xenophobic attacks in countries like South Afrika and Botswana. To make matters worse the agents of imperialism stripped Zimbabwe of its national dignity by taking away its investment power the Zimbabwean dollar. Without a local currency Zimbabwe is not able to create meaningful wealth to cause economic growth.

In the year 1999 we the workers formed what we thought was a workers’ party to try to avert a looming economic crisis.

Unfortunately the neo-colonialists saw through our vision and sneaked into our ranks and again diverted our revolutionary efforts. Instead of championing the cause of the citizens the party worked hard to advance the interests of our former colonisers until it split several times because of power struggles.

This has been evidenced by its call for the imposition of sanctions on our motherland and the creation of an atmosphere of political intolerance and hate. It is also sad to realise that despite having given birth to the party we, the workers and citizens no longer have a voice in the movement.

We the workers and disadvantaged groups of Zimbabwe also realise the spirit of Pan Afrikanism which fueled the revolutions for political emancipation resulting the formation of the Organization of Afrikan Union has died.

We therefore take it upon ourselves to work starting in Zimbabwe to rekindle this flame and push fellow workers throughout Afrika to redirect the Afrikan effort towards getting Afrika take her seat at the table of continents on an equal footing. In doing so we want to go into the world wielding our formidable resource and labour power which for years has been used to develop Europe and the United States of America. It’s no robbery for Afrikan labourers to demand the humane treatment of the Afrikan and the refusal by Afrika to be referred to as a third world.

We have developed cultural values and technologies which have contributed immensely to the modernization of the world and demand fair treatment. As such LEAD will be advocating for reparations from Britain and other countries that benefited with our mineral resources and cheap labour during the colonial era.

In the spirit of “Leaving no one behind” which was this year’s National Independence theme, we humbly request the President of Zimbabwe Cde ED Mnangagwa not to leave the worker’s behind as they are the key enablers of inclusive economic growth and achievement of NDS 1. A demotivated worker is unproductive. We demand decent salaries for all workers and safe working conditions.

To redirect our efforts to achieve full economic potential with a generational mandate we have decided to regroup under a new banner. In a show of resilience we are reorganized ourselves as Labour, Economists Afrikan Democrats (LEAD). In this renewed existence we are applying all our efforts towards reclaiming the worker’s revolution for all Zimbabweans.