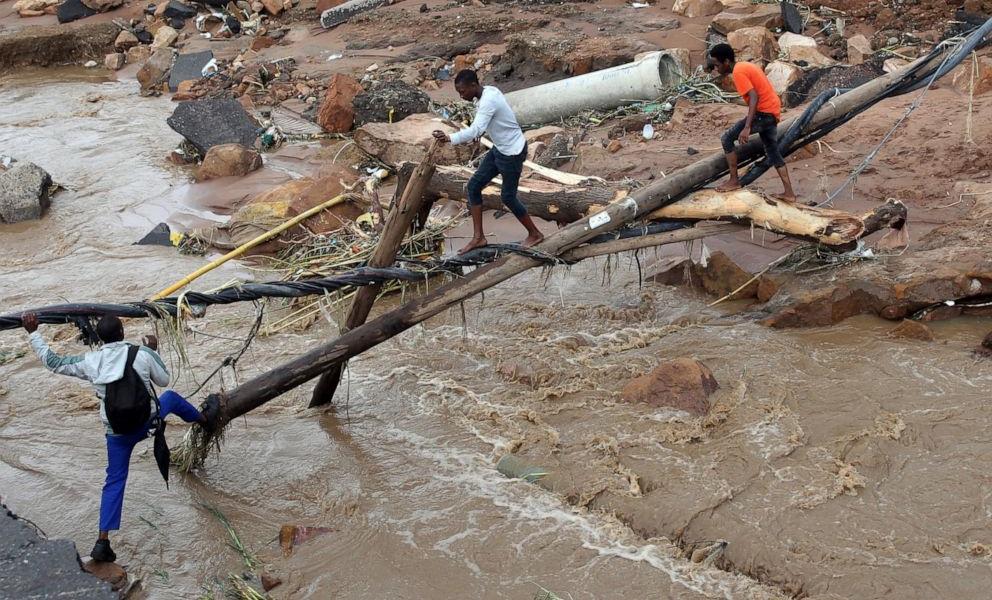 Four Zimbabweans are reported to have died while others are missing following heavy rains and floods that hit South Africa’s KwaZulu-Natal Province over the past few days.

Zimbabwe’s Consul-General to Johannesburg Melody Chaurura said they are working with the South African government to verify the numbers and identity of Zimbabweans killed in the floods. She said:

We have received reports on our people who have died in KwaZulu Natal.

However, at this point, we cannot tell the total number or their identity since we are still verifying these reports with our host.

As the consulate, we are ready to help those who were affected to make the repatriation of their remains seamless.

Chairman of the Zimbabwe Community in South Africa, Nqabutho Mabhena, said a couple from Harare and two other people, one from Mutare and the other from Karoi perished in Pinetown near Durban when a house they were living in collapsed. Said Mabhena:

The couple had settled in the area from Harare, while two more people are from Mutare and Karoi.

As an organisation, we want to convey our heartfelt condolences to the grieving families.

So, far we are making all available plans to help them so that they get a decent burial.

According to SABC News, the official death toll from the Kwazulu-Natal floods has risen to 306.

It said the number of people who have lost their lives rose on Wednesday as emergency workers managed to access more areas and located the bodies of victims.