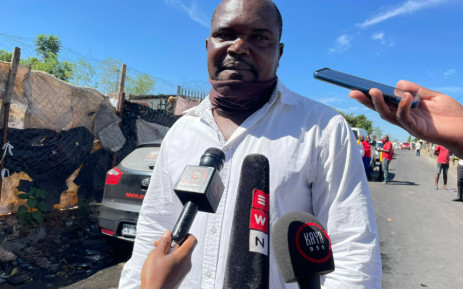 The family and friends of the murdered Zimbabwean national Elvis Nyathi will gather in his memory in Hillbrow on Thursday afternoon.

Nyathi (43) was killed and burnt by vigilantes in Diepsloot who were moving from door to door looking for undocumented foreign nationals following a spate of armed robberies and murders in the area.

Nyathi’s brother Godknows, confirmed the father of four will be laid to rest in Zimbabwe this weekend. He said:

All the paperwork has been completed, we will be holding a memorial service on Thursday afternoon and we will then leave for Zimbabwe.

He said his sister-in-law is now in the care of relatives who could not leave her alone in the home she shared with her late husband.

In a statement, the Chief Secretary to the President and Cabinet, Misheck Sibanda said:

The Chief Secretary to the President and Cabinet, Dr M.J.M. Sibanda, wishes to announce that His Excellency the President; Dr E.D. Mnangagwa, has granted a State-assisted funeral to the late Elvis Nyathi who was slain in South Africa last week.

The remains of the late departed are expected in the country at the weekend.