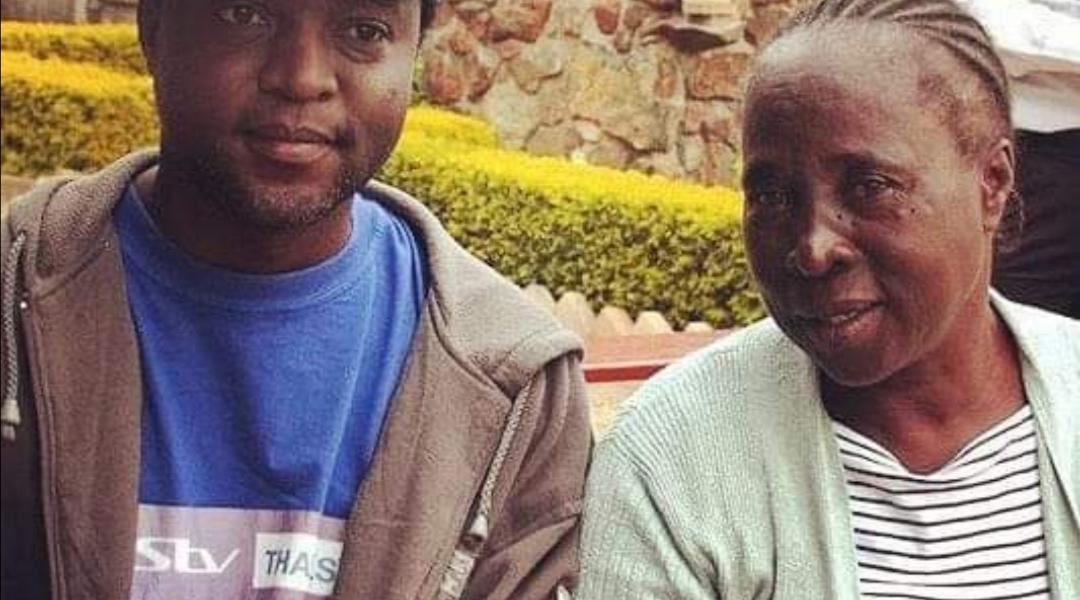 Chin’ono’s assertion did not go down well with pro-government activists on Twitter who tried to paint a rosy picture about the state of cancer treatment in Zimbabwe.

They accused Chin’ono of being unpatriotic and making unfounded allegations meant to tarnish the image of the country.

Another journalist, Robert Mukondiwaa, who works for Zimpapers Television Network (ZTN), has criticised people who are making light of the crisis facing the country as far as cancer treatment is concerned.

Mukondiwa said he not only lost his mother to the disease but also saw several people gradually waste away due to cancer. Pindula News  publishes Mukondiwa’s narration of his experiences below:

Exactly two years ago, I lost this awesome soul to breast cancer which had spread to the lungs. April 11 of 2020.

It was a particularly painful loss not because she is my best friend and mother but for so many other reasons.

At the very top is the fact that we had a diagnosis that shocked doctors. Mum was living in the rurals but had self-diagnosed and the doctor said it was one of the earliest detections he had ever seen. And for a rural woman to frequently self-test impressed him.

So they say early detection saves lives? Not in Zimbabwe. We took her for a mastectomy and had the breast removed in little time.

There was hardly any equipment but I suppose my joy came from the doctors and Parirenyatwa Hospital staff who under tough conditions were ever pleasant, loving and helpful.

Then she had to go for chemotherapy. That was painful as I could hardly afford it. But my workmates would always help.

Michelle Hakata was my boss and Robin Chaibva was my best friend who would always help. I could say three-quarters of the chemo was footed by Michelle.

Then we needed radiotherapy. The cancer radiotherapy machines now came into play or didn’t.

For the entire four years, she never got ONE single session. Not ONE. Mum would get the bus from Muzarabani and all the time she would have to cancel because every time the machine was down.

She was then told to try going to Mpilo Hospital in Bulawayo. Yes; 206 kilometres from Muzarabani to Harare and an additional 450km give or take to Bulawayo.

But we could squeeze that in because Bulawayo is home and we have family there. What about other Zimbabweans who couldn’t afford that?

Well anyway, when we planned that, the machine at Mpilo also broke down. So, we had to go for option three which was to get her to South Africa for sessions and then bring her back home after that.

She needed a passport. I don’t need to explain what that means to any Zimbabwean. And so, a few years later cancer returned and it was belligerently mad.

And so began our three-month journey to losing her. In and out of Parirenytatwa. Squealing as she got punctured with little anaesthetic in order to drain her flooded lungs.

Having her look at her arms as they became thin and emaciated and say “Robby mwanangu, pachine hupenyu ipapa?” But I’d always tried to cheer her up.

Then one day I had her back at home and brought her a wheelchair as she could not walk easily. It was a Thursday.

I looked at her during lunch break. I had moved out of home as I was working and didn’t want to risk giving her other diseases since COVID-19 had just set in.

I told myself I didn’t want to see her like that again. I skipped visiting her on the Friday.

She wasn’t in pain but she was losing the battle. Then on the Saturday, I got the call. I broke down. I’ve never recovered.

I’ve hardly ever written exactly what happened those weeks. And those four years. I’ve actually decided to write this without any emotion because had I put in the emotion, I’d have made a lot of enemies and called out a lot of idiots.

When you talk about cancer machines and treatment you are talking about statistics. I’m not. I’m talking about the woman in the ward opposite mum’s who died and we had to lie to mum that she had been transferred so I wouldn’t upset her. That woman was 34.

Or my workmate, the lovely Sihle Mkondo, who was my mum’s support system. Sihle died a year and a half after my mother.

Or little Ernest. Aged 13. He was in the ward with my mum who he called gogo. He called me Robbie. I thought with my greying beard he would call me mukoma.

No such luck. It was Robbie. He went on to die aged 14, a year after mum and a few months before Sihle.

When I went to see him last, he was lying in the same bed my mother had died in and the next day my niece Maud called me and said: “We have lost the battle.”

At 14 we had lost Ernest. I went to the hospital and saw him lying in the sideward where my mother used to stay.

I talked to him. To his corpse. Held his forehead. Told him he was loved and that he had rested. You know what?

The previous day when I last saw him, I had told Maud: “Ernest is dying either tonight or tomorrow morning. I don’t want to see him in pain so only call me when he has rested.”

When you start accepting death like that, know that things are no longer normal. So go ahead. Argue back and forth about the state of cancer equipment and treatment in Zimbabwe. Defend as much as you will.

Just know that where I am, I am not only praying for cancer radiotherapy machines in Zimbabwe. I am praying that even the mother of the fool who is playing with such issues never gets to get cancer and experience the pain I went through.

When I see people touting themselves as cancer ambassadors what-what, I just look and say forgive these fools.

With cancer, this is personal. What I can promise you though is look out for a book on the five-year battle I had with cancer alongside mum, Sihle and Ernest. Perhaps a ‘GoFundMe’ to tell the real story of such fights?

To some of you, this is defending your territory and scoring political points. To me, it is reliving my fight with my best friend. Senzeni.

It has been two years. You are loved. By the way – nanhasi mushini wakafa mhamha. Up to this day, the cancer radiotherapy machine is dead! (Teary so I will end here…for now!)