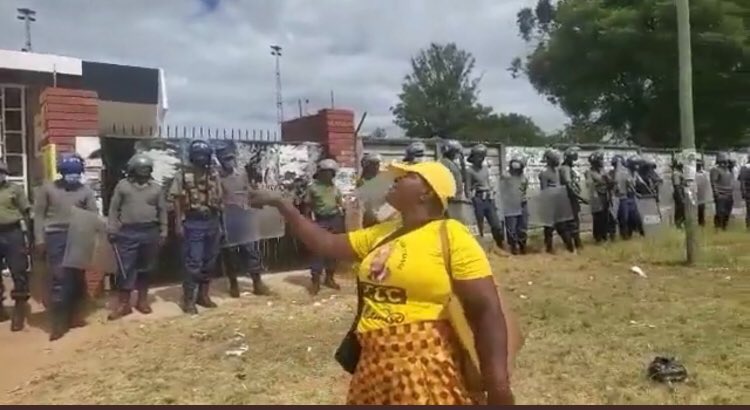 Addressing a rally in Dangamvura, Mutare, to drum up support for ZANU PF candidates in the March 26 by-elections, Chiwenga sought to absolve the government from the bans being imposed on opposition rallies. He said:

The opposition should not blame Zanu PF about the ban of its rallies.

It’s not our problem, anyone is allowed to campaign. Please, deal with the police, and don’t blame anything on the government or Zanu PF because Zanu PF is also applying to the Zimbabwe Republic Police to get clearance for its rallies.

On Saturday, police blocked a CCC rally that was supposed to be held at Rudhaka Stadium in Marondera despite High Court judge Justice Lucy Mungwari’s ruling that the rally should go ahead.

This was after police also blocked a CCC rally in Gokwe.

A CCC rally in Binga, which is scheduled for tomorrow, is in limbo after police did not approve it, saying that President Emmerson Mnangagwa was due to visit Hwange on March 17, and they would not have enough manpower to handle the rally.

The opposition argues that the police take instruction from the ruling ZANU PF.

Police spokesperson Assistant Commissioner Paul Nyathi said he had not been briefed about the issue by the Officer Commanding Manicaland province.

2 comments on “Anyone Is Allowed To Campaign, Deal With The Police – VP Chiwenga”