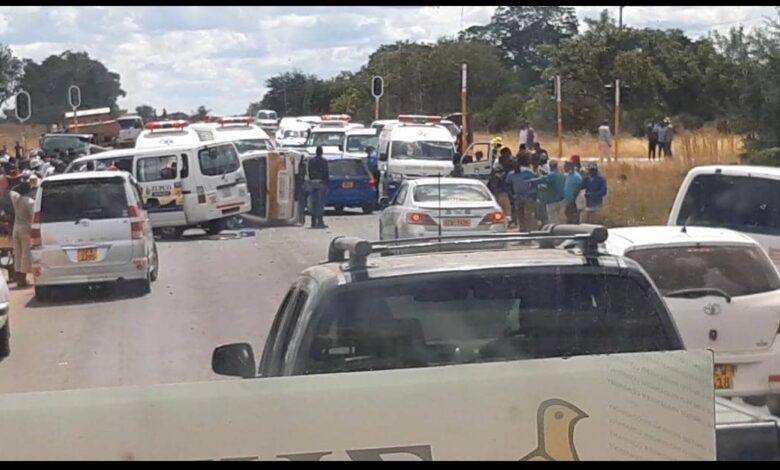 A four-year-old girl died while 24 passengers were injured when a truck crashed into a Zimbabwe United Passenger Company (ZUPCO) kombi along Khami Road in Bulawayo on Tuesday morning.

Zimbabwe Republic Police (ZRP) spokesperson in Bulawayo Metropolitan Province, Inspector Abednico Ncube confirmed the incident saying the girl died on her way to the hospital while one of the injured passengers is in a critical condition. Said Insp Nyathi:

We have received a report of a fatal road accident this morning in Bulawayo along Khami road where at an intersection after the Nkulumane complex an open truck knocked a ZUPCO registered Kombi which rolled several times hitting another Kombi that was on the road leading to the injury of 24 passengers.

Another passenger is admitted at Mpilo and her condition is critical.

This case is under investigation and we are yet to get more details and probably revisit the scene to establish who exactly was to blame.