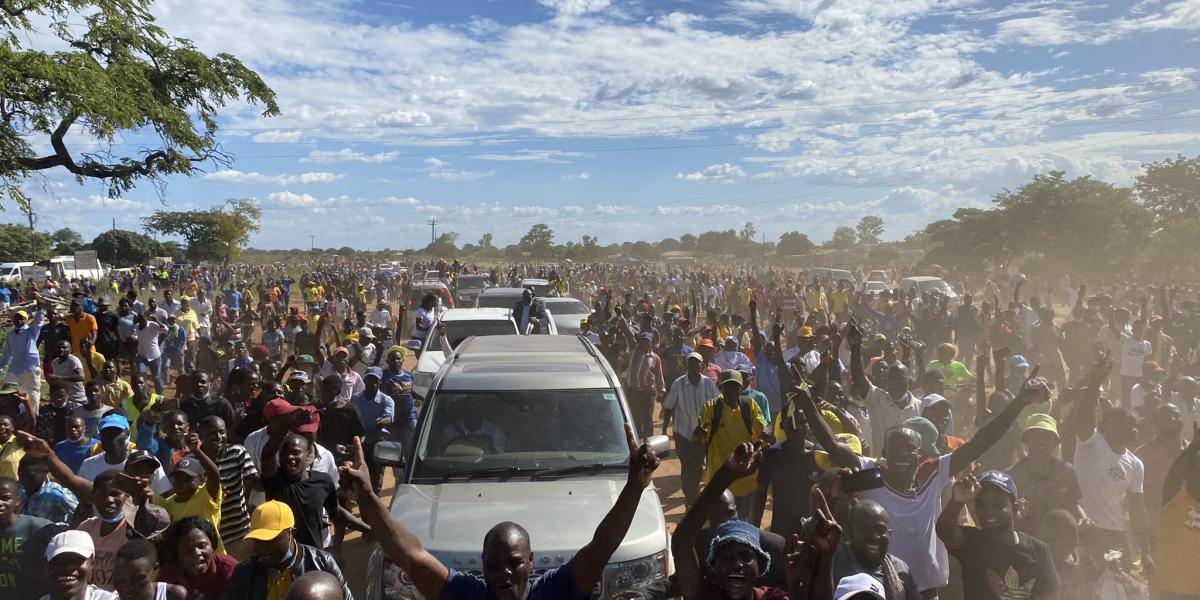 Chamisa arrived in the town just after 3 PM for the rally but was forced to have a walk around in the town with hundreds of party supporters following him.

The CCC leader, who was accompanied by his deputy Tendai Biti, and other senior party officials, was in Gokwe to address a scheduled campaign rally ahead of the March 26 by-elections.

However, heavily-armed Zimbabwe Republic Police (ZRP) officers with water cannons had fought running battles with CCC supporters in Gokwe throughout the day in a bid to stop the rally from going ahead.

ZRP had earlier authorised CCC to hold their rally in Gokwe town but later claimed that they had manpower shortages and instructed the opposition party to postpone the event.

So low! But why? We were the first to notify the police about our Kwekwe and Gokwe rallies.

ED (Mnangagwa) countered by provocatively and arrogantly pencilling his rally for Kwekwe. We don’t accept bullying!!

We had no single policeman in Highfield or at any of our previous rallies. Our rallies are not covered by police. They just disrupt our activities.

Police are only for ZANU PF. They don’t have police to cover the rally, but they have police and arsenal to block us.

President Emmerson Mnangagwa held a rally in Kwekwe, 143 kilometres from Gokwe, also on Saturday with some reports suggesting that Gokwe residents snubbed buses that were availed to ferry them to the ZANU PF rally.

Speaking in an interview with The Standard, CCC national organising secretary Amos Chibaya said they will reschedule the rally. Said Chibaya:

ZANU PF is holding a rally in Kwekwe today (yesterday) and we were supposed to have our CCC by-election campaign launch here in Gokwe.

ZANU PF feared that their rally in Kwekwe would be a flop while ours would have bumper crowds.

We were confident that we were going to have four times their number even though we did not bus people to the venue.