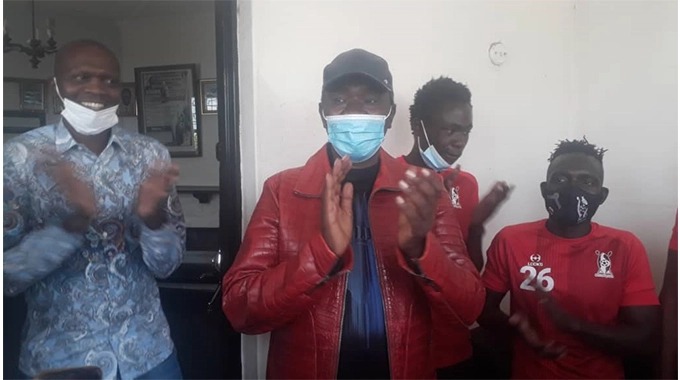 Moyo said selling clubs are demanding astronomical fees for players Highlanders would want to sign because of the mistaken view that Bosso has limitless financial resources. Moyo said:

The coming in of Sakunda Holdings has not made things easy for us because if you approach a player or a club intending to seal a deal with them, they tend to think we have a lot of money.

Some teams are expecting to get something out of this world from us but we have a budget we work on.

As a result, we haven’t signed as many players that people and our fans would have wanted us to have.

There is generally a misconception that we have a huge budget to sign several players.

It’s no wonder we were forced to settle for Rahman Kutsanzira who was a free agent.

We have not been able to get all the players that we wanted.

Rahman Kutsanzira left three-time champions FC Platinum who are reportedly on a rebuilding exercise and was signed on a free transfer.

In September 2021, Highlanders and Dynamos entered into a partnership with Sakunda Holdings who unveiled a combined sponsorship package of about US$5.3 million.

Under the deal, Zimbabwe’s two largest clubs were guaranteed to receive US$900 000 per year each for salaries, bonuses and signing-on fees.

The energy company pledged to provide US$420 000 towards the payment of salaries for players and the technical team.

Bosso and DeMbare will also receive US$60 000 each year for players’ signing on fees.