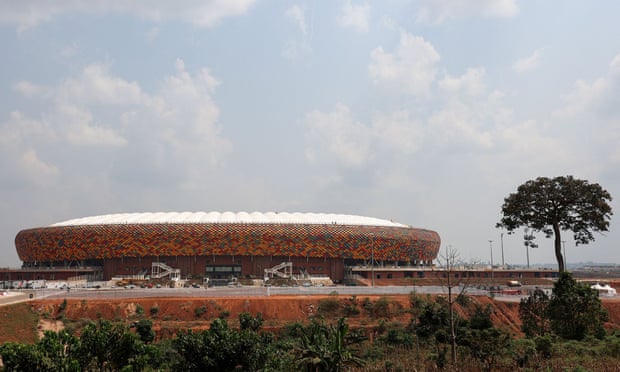 The Olembe stadium has a maximum capacity of 60,000 with 48,000 seats available due to Covid restrictions. Photograph: Kenzo Tribouillard/AFP/Getty Images

At least six football fans died while dozens more were injured during a stampede that occurred outside Olembe Stadium in Yaoundé, the capital city of Cameroon on Monday night.

The incident happened on the day when Cameroon, the hosts of the 2021 Africa Cup of Nations (AFCON), played Comoros in the round of 16.

Thousands of supporters were attempting to gain access to the ground’s south entrance for the round-of-16 match when the tragic mishap occurred.

The circumstances, including whether the injuries occurred before kick-off or when the match was already underway are unclear.

The victims were reportedly ferried to the city’s Messassi hospital after the incident where they are admitted.

AP reported Naseri Paul Biya, governor of the central region of Cameroon, as having confirmed the number of casualties and suggested the number may rise.

The Confederation of African Football (CAF) said that they were trying to get further information about the incident. A statement released by CAF read:

CAF is currently investigating the situation and trying to get more details on what transpired.

We are in constant communication with [the] Cameroon government and the local organising committee.

Olembe Stadium has a capacity of 60 000 but, due to COVID-19 regulations, its capacity was capped at 80% for Cameroon’s fixtures.