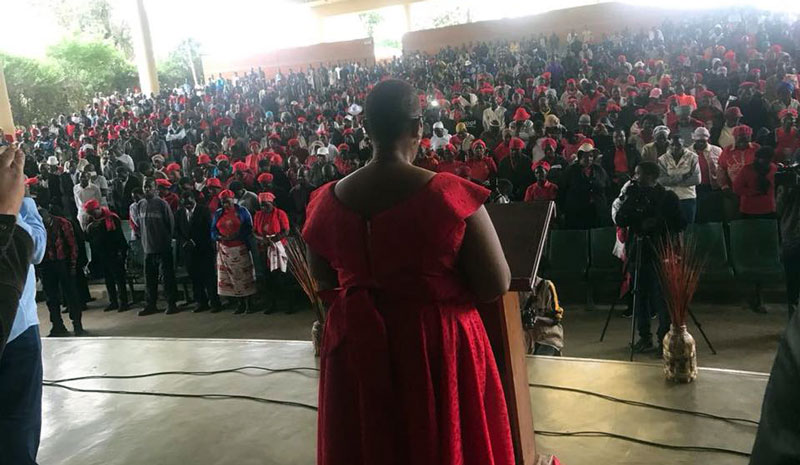 Scores of people attended a press conference that was hosted by former Deputy Prime Minister, Thokozani Khupe, following her ouster from the opposition MDC-T.

The presser was held at McDonalds Hall in Mzilikazi, Bulawayo on Friday where supporters sang and danced as dance Khupe announced that Douglas Mwonzora had expelled himself from the party and she has taken over the reins.

Khupe said Mwonzora by declaring that he was the leader of the MDC Alliance, the very same reason that he cited when firing Nelson Chamisa in 2020, had expelled himself from the MDC-T.

Khupe urged other political players not to interfere with the internal processes of the MDC-T.
More: Byo24News