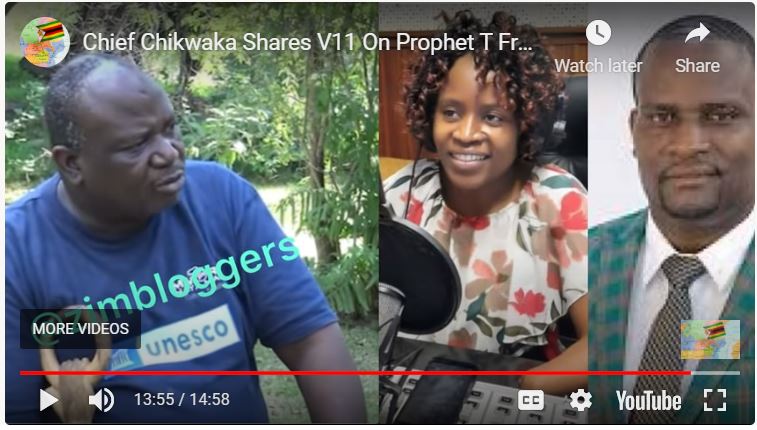 Chief Chikwaka on Wednesday testified in the case in which Harare-based preacher, Tapiwa Freddy, is being accused of raping ZBC presenter Rutendo Makuti.

The traditional leader said Makuti failed to substantiate the claims when she initially reported the matter to him.

He said Makuti reported the matter to him in November 2020 in the morning whereas earlier reports show he said the case was reported a month earlier.

Queried on why they did not report the matter to the police, Chikwaka said Makuti later told him that the two were in love. He said:

I called her asking if she had reported the matter to the police and she said no because they were already in love and it did not make any sense to me.

He said the court cannot rely on his online media version of events as he was overwhelmed by emotions.

Chief Chikwaka also admitted that both Freddy and Makuti are not from his area and he had no jurisdiction to preside over the matter as a chief adding that he called Freddy to his homestead his capacity as Makuti’s uncle.

Freddy then argued that Chief Chikwaka abused his office by conducting a “kangaroo” court.

Magistrate Gloria Takundwa rolled over the matter to 24 January for trial continuation.