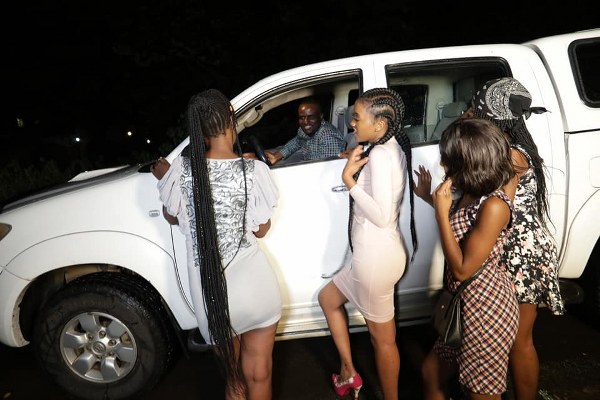 File Picture: Tapiwa Freddy shooting a video with the ladies of the night in Harare’s Avenues Area.

During cross-examination, Freddy’s defence counsel said Makuti consented to intimacy and demanded sex from the preacher.

The nude pictures, audio and text messages were produced in court and the defence counsel said the mobile number used to send the audios belongs to Makuti.

However, Makuti said she was not the one in possession of the phone at the material time.

Freddy is being represented by Everson Chatambudza and Jivas Mudimu.

The lawyers asked Makuti why she was sending audios asking for a kiss and sex from Freddy.

Makuti denied the allegations saying she never sent nude pictures to Freddy but they were taken from her phone. She said:

I know the picture and it was taken by my husband while I was bathing. As for the other pictures, I don’t know. [It] was taken when my husband was alive and we were in Nyanga.