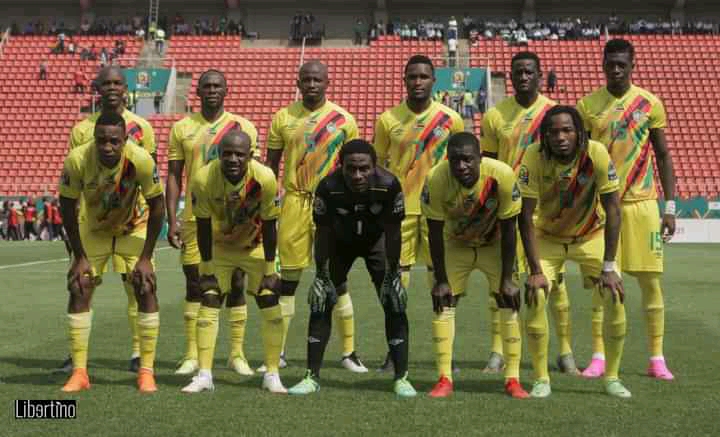 National team coach Norman Mazepa defended his squad selection in the 1-0 loss to Senegal in the Warriors’ Group B opener at the Africa Cup of Nations (AFCON) finals on Monday.

Mapeza has been criticised by some Warriors fans for his purported preference for players linked to his club, FC Platinum and excluding quality players from his 23-man AFCON squad.

Gerald Takwara, Never Tigere, Petros Mhari, and Kelvin Madzongwe, who all played against The Lions of Teranga, have links to FC Platinum, as former or current players.

But Mapeza said that the players who played against Senegal justified their inclusion in the team by “working their socks off”. Speaking after the match, Mapeza is quoted by ZIFA as saying:

Credit goes to my boys. I think we played very well. Nobody gave us a chance against a quality team like Senegal.

If you look at the names in their squad, most of their guys are playing for top European clubs.

I think we had some moments where we controlled the game. Luck wasn’t on our side.

Credit to my boys, I think they worked their socks off. Now we focus on our next game against Malawi.

We are just going to work on our conversion rate. I think we did a lot in the final third where we had some good opportunities.

We also had some opportunities on set pieces. I’m proud of my boys. We worked so hard.

Our minds are now on the game against Malawi where we need to give our all so that we can get maximum points because I think if we can manage to get 4 points we will get to the round of 16. That is where much of our focus will be against Malawi.

Unfortunately, we have a 23-man squad. I should give credit to those guys which I selected today.

We have got guys who came from Europe and they only joined the squad with 5 days to go, but the rest of those guys [trained together] for about 10 days.

So, I don’t think I made any wrong decision in selecting those guys who started today. I think they did well.