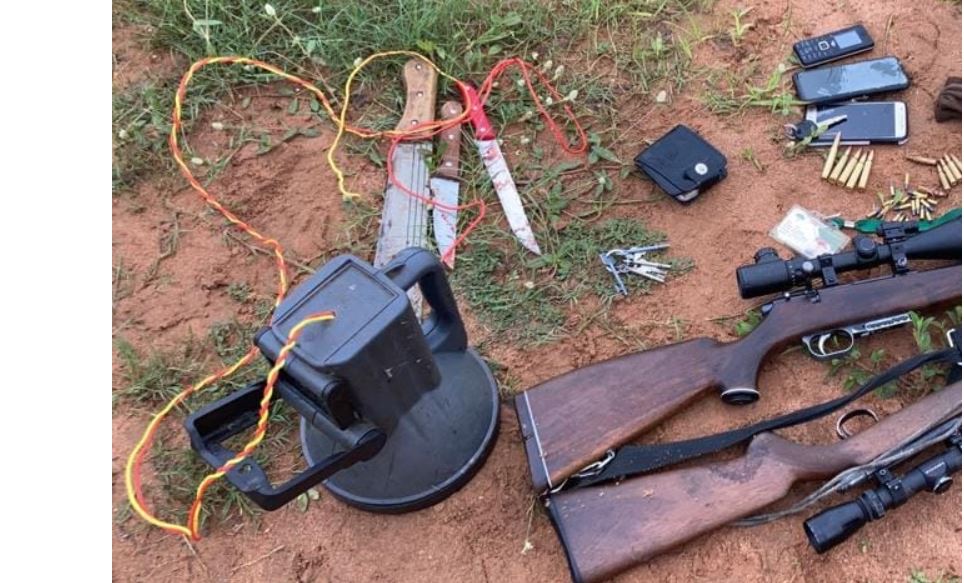 Police in Mashonaland East Province has arrested three suspects for poaching in Eldorado farm in Macheke.

The arrested are James Munhupedzi (48) an official of Treetop Security, Harare, Tineyi Chari (47) of Ngaura Village, Dema and Simbarashe Tumba (22) of Village 16, Masomera in Marondera.

The trio, upon their arrest, was found with three dead Impalas and a carcass of a bushbuck in their Toyota Hilux vehicle, which allegedly belonged to Munhupedzi.

The incident occurred on January 7, 2022 around midnight, where Andrias Vannard a supervisor at the farm heard some gunshots and he awakened Sean Saywood before teaming up with other security guards.

They proceeded in the direction of the gunshots and suddenly they saw a torchlight from a slow-moving vehicle in the game park. It is alleged that Mr Saywood then fired warning shots in the air and when the poachers realised that they were cornered, they sped off but the driver lost control of the vehicle and veered off the road and landed in a ditch.

Inspector Chazovachiyi added that Saywood and his team arrived and arrested the suspects save for Live Makamuna who escaped and is on the run.