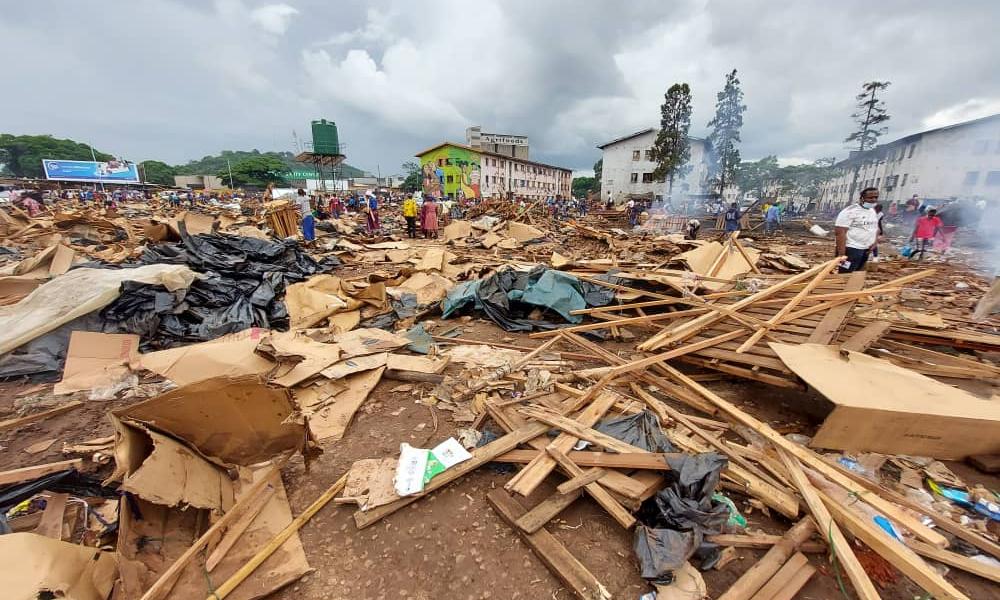 The City of Harare, with support from the Zimbabwe Republic Police (ZRP), on Saturday destroyed vendors’ market stalls and tuckshops in Mbare, one of Harare’s oldest suburbs.

On Friday, the Nelson Chamisa-led MDC Alliance party had warned residents of the impending demolitions in Mbare.

The opposition party accused Harare Provincial Affairs secretary Tafadzwa Muguti and the ruling ZANU PF party of being the driving force behind the demolitions. A message posted on the MDC Alliance’s social media channels read:

In Harare Metropolitan Province, [ZANU PF] has directed Harare City Council to demolish markets and tuckshops in Mbare. The process will start tomorrow Saturday, 8th of January 5 AM.

Contacted for comment by The Standard during the demolitions on Saturday, Muguti refused to say anything about the operation.

The operation started around 8 AM with bulldozers and front-end loaders destroying all structures deemed illegal.

Most of the structures that were demolished in yesterday’s operation were those built along roads around the Mupedzanhamo area.

However, scores of informal traders were left counting their losses with some saying they had totally lost their sources of livelihood. One of the traders, Simbarashe Chibaya said:

We had heard that they were coming, and so some traders started removing their stuff last night, but most failed to do so.

These people are really heartless; they came before 8 am just to demolish our vending stalls.

Personally, I have been hurt beyond words. I have a son who will soon be going to university and I need to raise school fees for him. What am I going to do now?

Can you imagine what was going on in their heads, coming to destroy our livelihoods during the rains?

Vendors for Social and Economic Transformation executive director Samuel Wadzai condemned the demolitions describing them as illegal and barbaric.

MDC-Alliance secretary for Local Government Sesel Zvidzai called on the Government to legalise the informal sector instead of resorting to terrorising vendors. Said Zvidzai:

Traditionally, whenever it’s cold or raining, ZANU PF always wants to punish people in cities because they know that they rejected them long back. So they are trying to punish them.

Our policy is that we support the poor, we don’t punish them because they are already suffering.

If there is a need for the regularisation of informal sectors, we believe we must regularise rather than punish the people.