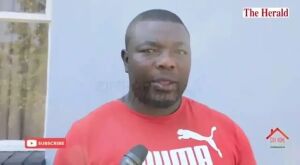 The Zimbabwe Republic Police (ZRP) has arrested the man who sold out his employer to the gang of armed robbers that later on mistakenly stormed the house of a former detective Joseph Nemaisa.

Police investigations observed that Nemaisa’s family was a case of the wrong target as Shine Tanaka Nyamhunga had given his accomplices some information on some cash transactions by a company where he is employed.

He told his accomplices that the money is kept at his employer’s house in Chadcombe.

The employer stays about four to five houses away from Nemaisa’s residence. The attack on Nemaisa’s residence is, therefore, a case of mistaken identity or target as Shine Tanaka Nyamhunga was in constant touch with Tariro Gora with a view of having his employer targeted by the armed robbers.