Two members of the Zimbabwe National army died in a road traffic accident involving a Mazda Premacy vehicle and a haulage truck near Buffalo Range Airport along the Triangle-Ngundu highway this Monday.

The Zimbabwe National Army confirmed that the deceased were serving members, who were deployed to provide security to the Buffalo Range International Airport.

The haulage truck was towing two trailers loaded with 34 tonnes of sugar cane.

Lance Corporal Mabuto, who was driving the Mazda Premacy vehicle, died on the spot while Private Nyambi was pronounced dead upon arrival at Chiredzi District Hospital. See the picture below. 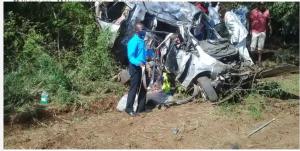 Meanwhile, one person is feared dead after a bus operating under the name Divine buses and a truck collided along Triangle – Chipinge highway near Palm Tree lodge. See pictures below. 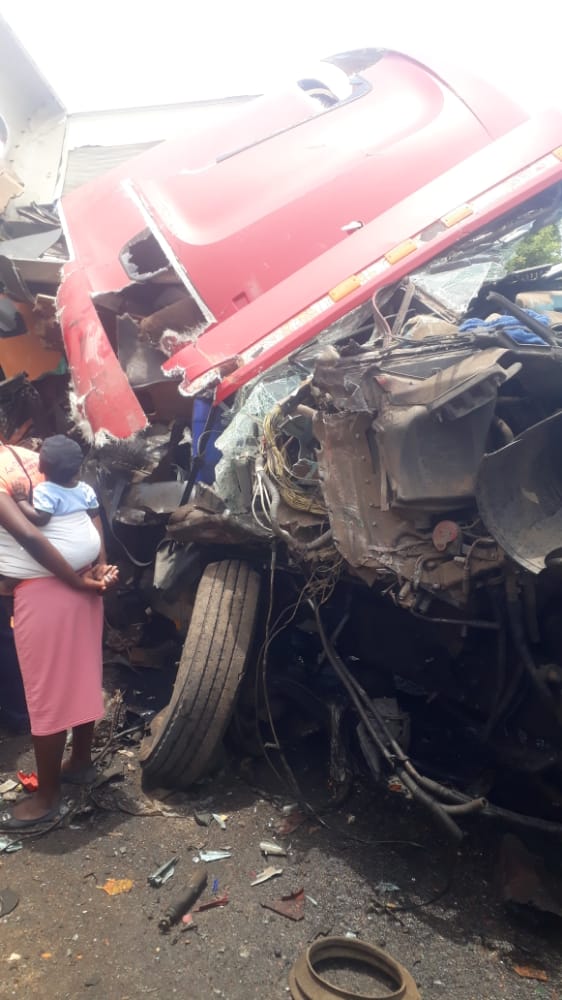 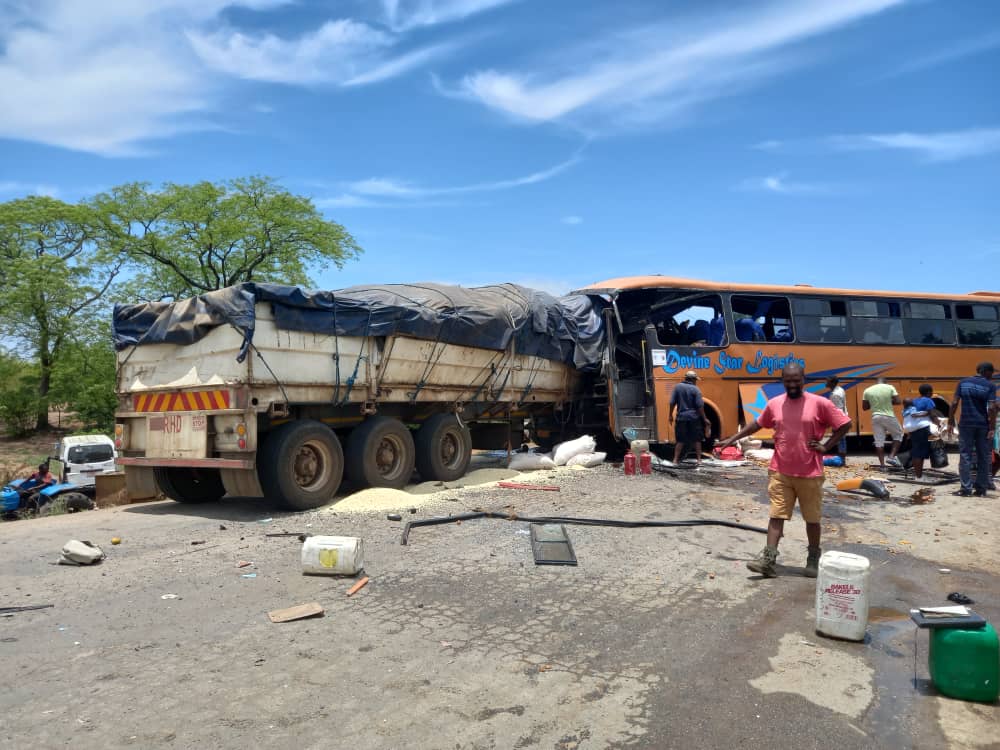 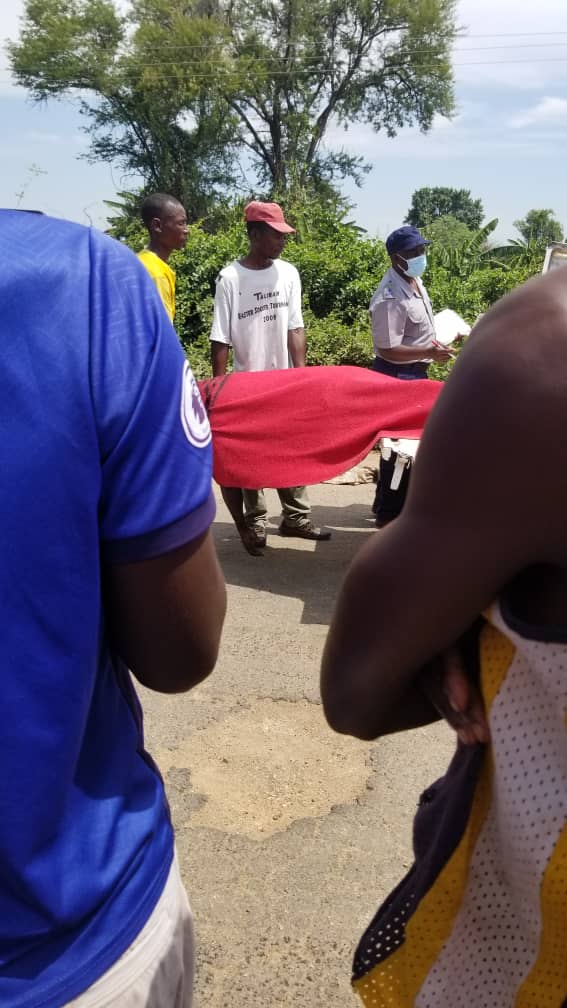 The Zimbabwe Republic Police (ZRP) is yet to issue a comment on the accident.

One Comment on “PICTURES: Two Members Of The Zimbabwe Army Die In Accident”