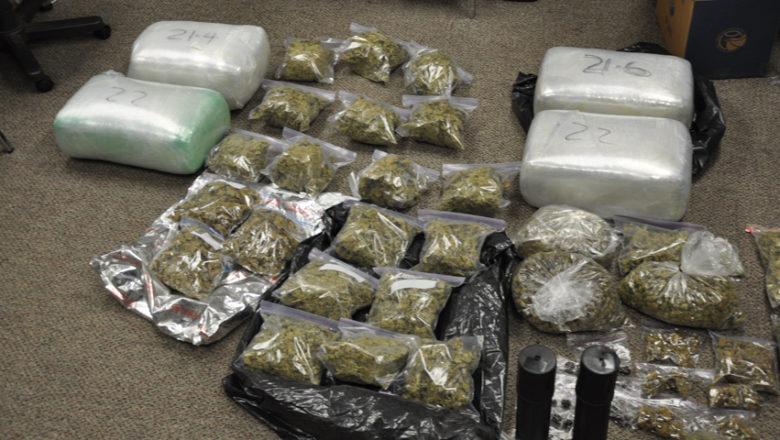 ARREST OF SUSPECTS FOR DRUG ABUSE

The Zimbabwe Republic Police has stepped up operations against drug peddling and all forms of unlawful dealings in dangerous drugs across the country.

On 24th November 2021, Police arrested Nomsa Sharon Ndebele (25) in Bulawayo for possession of 1.450 kilogrammes of dagga at Sizane Bus Stop. Following a tip-off from members of the public, Police recovered two packs of loose dagga in two separate plastic bags from the suspect.

In another case, On 23’d November 2021, Police in Bulawayo arrested Sithokozile Dube (33) for possession of 0,003 kilogrammes of Crystal Methamphetamine. The drugs were hidden underneath the bed. Upon noticing that she had been cornered by detectives, the suspect refused to cooperate and was exposed by the recovery.

On 22′ November 2021, Police arrested Arnold Kuzakwenhamo (37) for possession of 0.004 kilogrammes of cocaine in Mpopoma, Bulawayo. The suspect was arrested after a tip-off from the public and upon noticing that he had been surrounded by detectives, the suspect sped off in a navy blue Subaru vehicle registration number ADF 6540. A high-speed chase ensued. The suspect was later arrested while hiding in a toilet after his vehicle had been involved in a road traffic accident. Two sachets of cocaine were recovered while hidden in the suspect’s pants and two more sachets were recovered in the vehicle.

The Zimbabwe Republic Police urges the public to report all drug peddling activities in communities at any nearest Police Station.

This includes activities of drug lords who supply illicit substances to both the youths and adults.