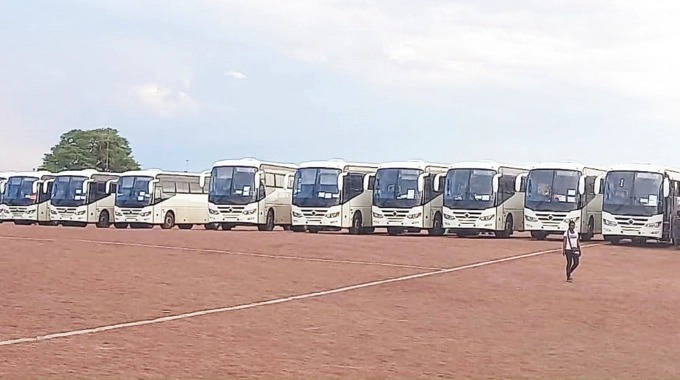 Some of the 90 Golden Dragon buses parked at a truckstop on the South African side of Beitbridge border post awaiting clearance into Zimbabwe on Tuesday, 23 November 2021. — Picture: Thupeyo Muleya

The new buses which were imported from China via Durban will take the number of buses delivered by the Government this year to more than 500.

By the end of the day on Tuesday, the buses were parked at a truck stop near Shell Service Station at the South African side of the Beitbridge border pending the finalisation of the clearance processes.

A Zimbabwean border official confirmed the development to State media yesterday. He said:

We expect the buses to cross into Zimbabwe by Thursday morning en-route to Harare.

We are using the pre-clearance facility to ensure that when they arrive on our component of the border, we only check them for compliance. This is done to avoid border congestion.

ZUPCO acting chief executive Evaristo Mudangwa said the batch should be in Harare this week.

Reports indicate that each bus is sold at over US$50 000 in China.

One Comment on “90 New Golden Dragon Buses Arrive At Border”