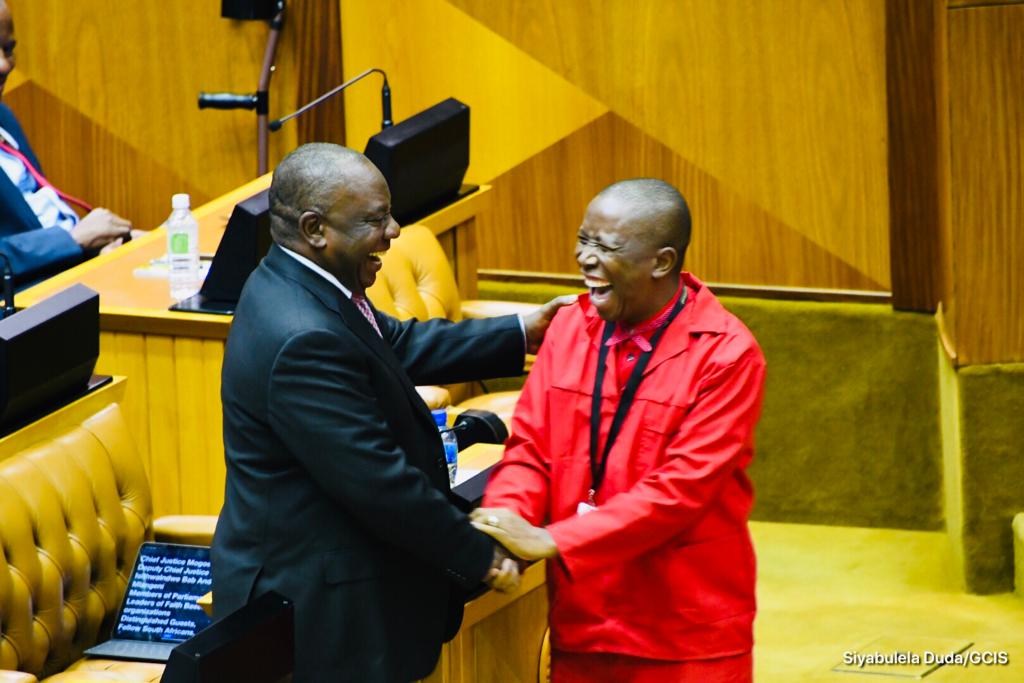 South Africa’s governing party, the African National Congress (ANC) has issued an update on ongoing coalition talks. Coalitions will allow the party to govern when new councils are constituted in the coming weeks. Meanwhile, the Economic Freedom Fighters (EFF) shut the door to any possible coalition agreement with the ANC citing the prioritising of power-sharing and positions as the reason for its stance. EFF leader, Julius Malema said talks remain open with the IFP, MAP16 and another party. Pindula News presents ANC update on the progress made on coalition talks.

The African National Congress has completed its engagements with political parties that will be our partners in the hung municipalities. This process has been a three-tier process with discussions involving all layers of leadership throughout the country.

The National Executive Committee at recently held special session adopted a framework for negotiations based on a number of principles. These included clean governance and adherence to the rule of law and the principles enshrined in our constitution as well as the primary of goal of the ANC which is the transformation of South Africa into a truly non-racial, non-sexist, united and democratic country.

Together with our partners, we remain determined to use all means in municipalities and other spheres of government to end corruption.

We have been encouraged by the positive nature of the discourse we held with other political parties. We are happy that most hung municipalities will now take the next step to establish councils.

We also sought out people who value the stability of our country as a prerequisite to successful development.

Our relationship with other political parties bring together organisations who are steeped in putting people first. We have also agreed with the IFP in KZN that where they are in the majority they will govern and where the ANC is the majority we will govern.

Our task is to unite the people of our country and by working together to provide services to the people we will begin a process of uniting organisations based on common ground.

The ANC National Executive Committee will be convening over this coming weekend to receive a report on coalition talks including an update on potential coalition agreements. At the conclusion of the NEC, the ANC will address the media and the people of South Africa giving a more detailed account of coalition partners. We will also announce all our Mayoral candidates

One Comment on “South Africa: ANC Update On Coalition Talks”