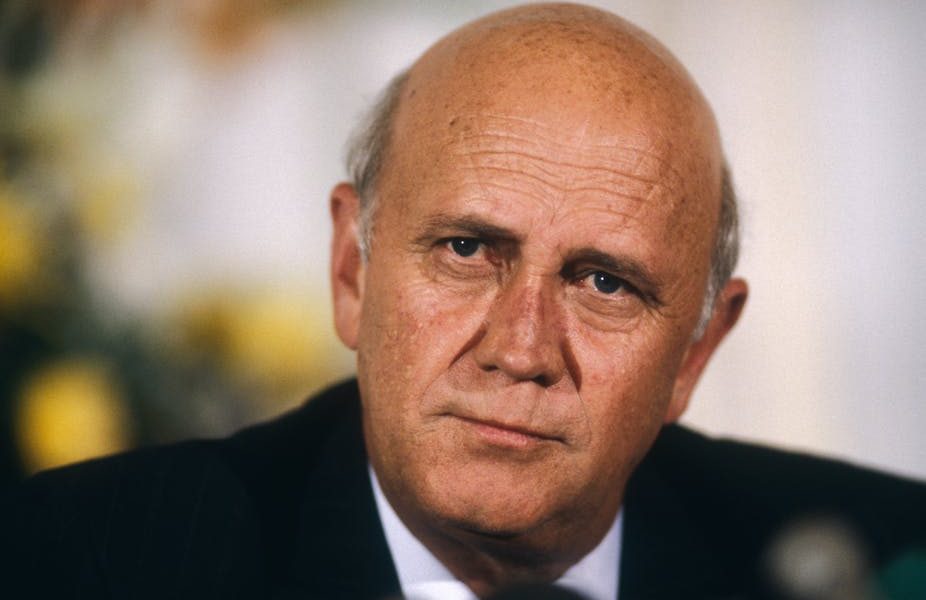 He is the one who negotiated a peaceful transfer of power to a Black-led government under Nelson Mandela.

His death has attracted divided opinion with some, on one hand, having no nice words for him, while others are paying tribute to him for allowing a transition of power to the black government.

The apartheid sponsored media of South Africa, including the one that black young people supposedly own (405), is spreading fake news by referring to him as a former president; he is a former apartheid President; stop misleading the kids. Fake fake fake.

In the latest statement from his foundation, Archbishop Emeritus Desmond Tutu said:

Mr FW De Klerk could have gone down in history as a truly great South African statesman, but he eroded his stature and became a small man, lacking magnanimity and generosity of spirit.

In a video just released by his Foundation, FW de Klerk, in his final words said apartheid was wrong. He said:

Since the early 80s, my views changed completely… In my heart of hearts, I realised that apartheid was wrong.

Apartheid was the ideology supported by the National Party (NP) government and was introduced in South Africa in 1948. Apartheid called for the separate development of the different racial groups in South Africa.