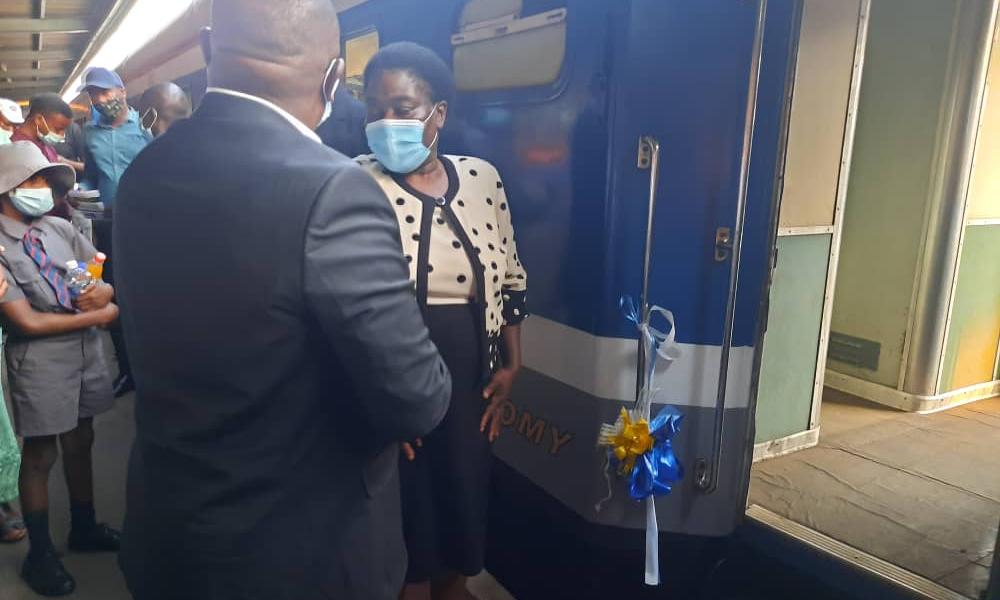 The National Railways of Zimbabwe (NRZ), in conjunction with the Zimbabwe United Passenger Company (ZUPCO), has re-introduced commuter trains in Bulawayo to ease transport challenges that were caused by the banning of private kombis by the government one-and-half years ago.

The NRZ-ZUPCO train service was launched in Harare two months ago. The service is expected to be extended to the country’s third-largest city, Gweru, following its launch in Bulawayo.

NRZ board member Kenias Mafukidze, who stood in for board chairperson, Martin Dinha, said commuter trains are a direct response to the transport challenges in urban areas. Said Mafukidze:

Commuter trains are a solution to reduce traffic congestion in major cities because of the high traffic volumes currently experienced in Bulawayo and Harare.

The Minister of State for Bulawayo Provincial Affairs and Devolution, Judith Ncube officiated at the ribbon-cutting ceremony.

She said the re-introduction of commuter trains in Bulawayo indicates the government’s commitment to ensure a safe, affordable and reliable public transport system. Said Ncube:

This NRZ-ZUPCO undertaking is a clear demonstration of the government’s commitment towards putting people first because they deserve safe, affordable and reliable means of transport.