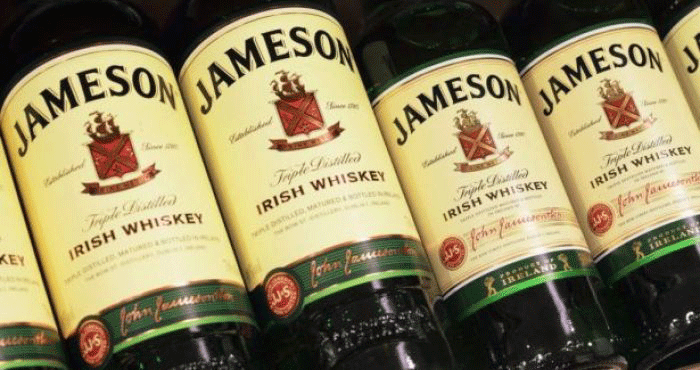 Zimbabwe’s official distributor of Jameson Irish Whiskey, Bullred Distribution, has introduced extra security features on the packaging of its products as “counterfeit whiskies” flood the country.

Bullred sales manager Tatenda Ruwodo told The Standard that there was a significant rise in the number of people selling illicit alcohol packaged as Jameson Irish whiskey, hence the additional security features on the packaging to distinguish the original from the counterfeit. Said Ruwodo:

We have received complaints from members of the public who have purchased alcohol from various places and have complained of texture, smell and taste.

We recognised that they were sold illicit imitation alcohol and we addressed this issue by adding extra security features to our bottles to give customers the tools to identify stock distributed through the original channels.

… Consumers should look out for a clear plastic seal on the lid of each bottle, as well as a white “Drink Responsibly” sticker on the side.

As Bullred Distribution, we pride ourselves in selling the original product, not the imitations that you see in the market and we are actively working to educate consumers.

Drinking fake whiskeys has several health risks, which vary in severity from alcohol poisoning to cancer, liver disease, hormone imbalances, loss of hair, and even death.

Zimbabwe currently does not have laws against the distribution of illicit alcohol, which is mostly sold at cheaper prices compared to that sold by official suppliers.