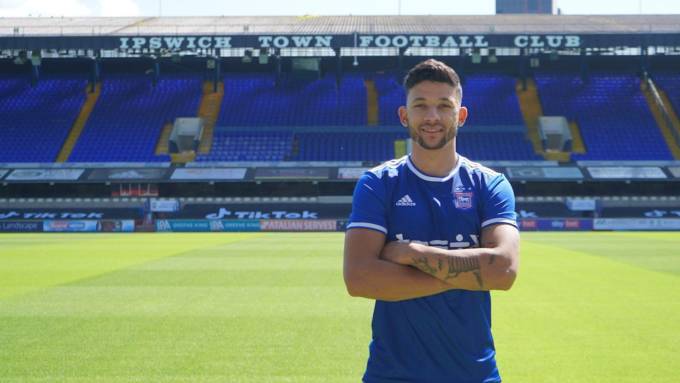 Zimbabwe takes on South Africa and Ethiopia in the final two dead rubber qualifiers, with the focus now on preparing for next year’s AFCON finals in Cameroon, between January and February.

Warriors team manager, Wellington Mpandare, told The Herald that successive coaches have tried to woo Bonne without success but the door is still open for him if he changes his mind. Said Mpandare:

Bonne is a player that every other Warriors coach had wanted to have in his team.

Callisto Pasuwa tried to woo him but he didn’t succeed in getting him. Then there was Sunday Chidzambwa, Joey Antipas, [Zdravko Logarusic].

Now that we have a new coach, if Mapeza also indicates he wants him, then the ball again is in the player’s court.

Of course, we understand he has faced challenges in the past but every time we put the invitation through to him we are always hopeful.

Bonne, who has been in top form at English League One side, Ipswich Town, secured his local passport in November 2019 after several years of making efforts to regularise his Zimbabwean citizenship.

The forward was in the headlines this week, after he scored his 10th league goal, in 12 starts.

Bonne is on loan from Championship side, Queens Park Rangers, and there are indications he could be recalled by his parent club, during the January window.