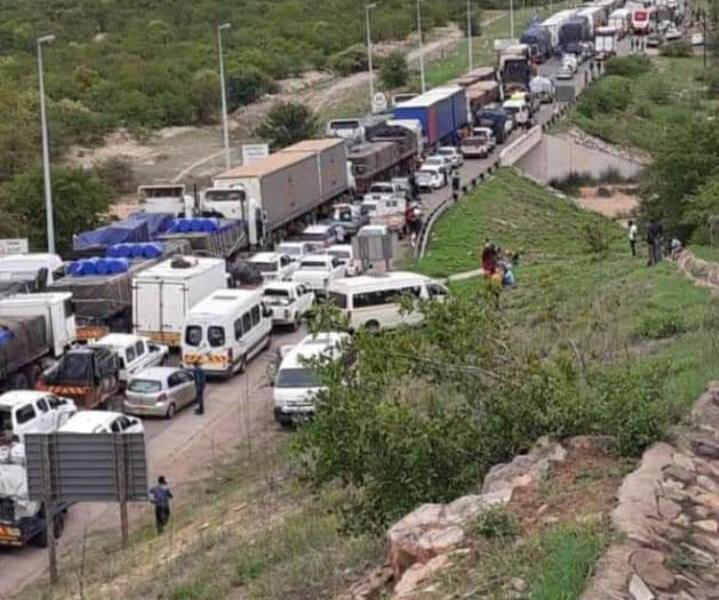 It has become a nightmare for truck drivers crossing through the Beitbridge border post since a toll company, Zimborders, began collecting fees.

Zimborders was awarded a contract by the Zimbabwean government to upgrade the border post, but since it started collecting toll fees, truckers are spending up to 10 days at the border post.

Zimborders expects to collect more than US$1 billion over 17 years from toll fees before it hands over the upgraded border facility to the Zimbabwean government through a “build, operate and transfer” deal.

With the first phase opened of the US$300 million upgrades, a freight terminal and the new immigration building, it has been a torrid month for truckers.

Meanwhile, a notice shared with truckers and clearing agents by Zimborders says that toll fees are for now accepted only in cash. Card payments will be allowed only in end-October. The notice read:

Please make sure your drivers have enough cash to pay for the toll fee. Credit cards and prepaid vouchers will not be available.

Adding to the logistical nightmare, payments can be made only at the Zimborders counter.

Each truck pays US$201 and with an average 1 000 trucks passing through Beitbridge daily, US$73 million will be collected annually over 17 years.

The fees are for border use in both directions.

In addition to toll fees, vehicles pay US$23 to access the New Limpopo Bridge into Zimbabwe. That money is collected by the Zimbabwe National Road Authority (ZINARA).

The new fees exceed the previous US$100 toll fee and US$9 road access flat fees paid by all vehicles in the past.

Trucks registered in Zimbabwe are allowed to pay in local currency while foreign vehicles pay in US dollars.

At its worst, the queues northbound last Tuesday were at 10km and three lanes wide, with the slow flow though at the border.

This has now improved to mostly single-lane [small parts are still double-lane] queues of less than 8km and declining by the day.

He said matters deteriorated because the border was opened to general traffic, leading to high volumes, but curfew working hours are still in place.