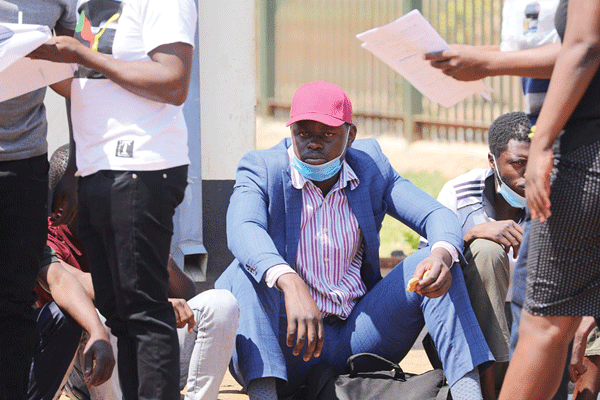 A Harare high school mathematics teacher who was filmed brutally assaulting a Lower Sixth student pleaded guilty to assault charges when he appeared before a magistrate on Saturday.

The teacher, Talent Chingwaru (39), was convicted on his own plea of guilt and immediately appealed for a lighter sentence from the court, saying he was emotionally stressed when he committed the offence.

He was represented by Advocate Joshua Chirambwe instructed by Mukudzei Moyo.

Chingwaru, a teacher at Harare Einstein Tuition Centre told magistrate Judith Taruvinga that he was struggling with a toothache, which caused him emotional stress.

Taruvinga postponed the matter for sentencing to today as the State led by Shambadzeni Fungura told the court that they were waiting for a medical affidavit to ascertain the degree of injury sustained by the student.

Allegations are that Chingwaru committed the crime on 14 October at around 10.30 am.

Chingwaru assaulted the 18-year-old student, who later made a report at Harare Central Police Station.

State papers allege that the Lower Sixth student was found in an “O” Level classroom watching movies during lesson time and he ordered him to go back to his class.

Instead, the student allegedly went to a biology classroom where he coincidentally met the same teacher.

A harsh exchange of words ensued, resulting in the teacher assaulting the learner.