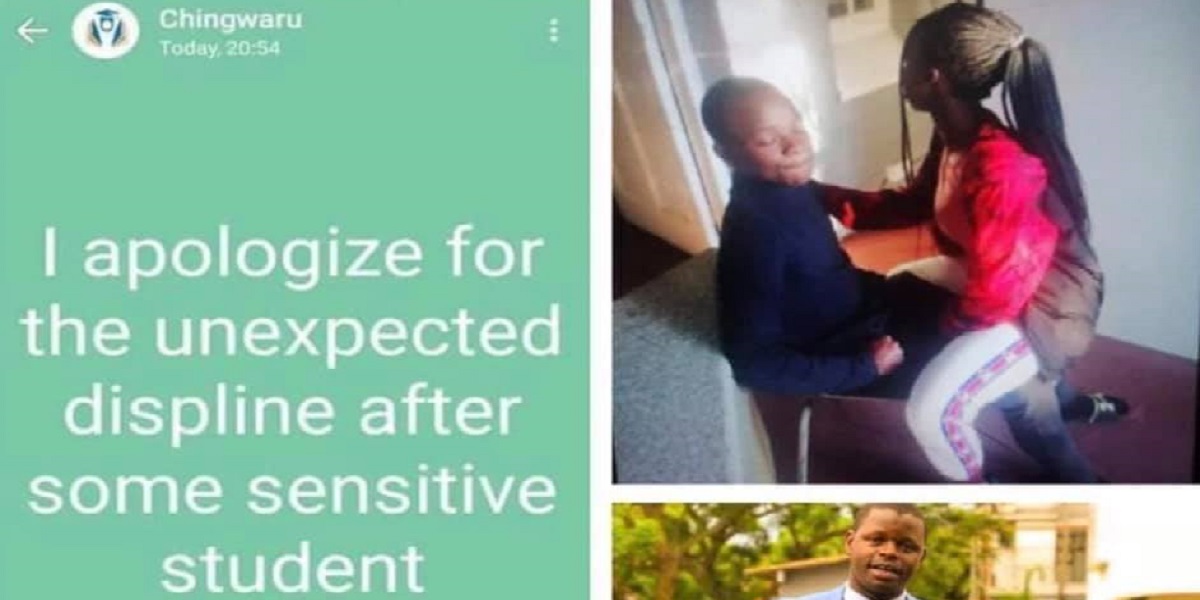 Michael Freeman Chingwaru, a Harare-based Maths teacher who was recently filmed while violently assaulting a Lower 6 learner has issued an apology for his actions following public outrage.

Chingwaru who is a teacher at Harare Einstein Learning is known for his mantra of saying students must pass Mathematics zvine hutsinye (Or A passes).

He was arrested on Friday after a video of him assaulting the student had circulated on social media. Below is his apology.


I apologize for the unexpected discipline after some sensitive student misconduct happened.

Police reported after arresting Chingwaru that the lower sixth student was found in the ordinary level class watching some movies during lesson time and ordered him to go to his class.

Instead, the student went to a Biology classroom and coincidentally met the same teacher where a harsh exchange of words occurred resulting in the teacher assaulting the learner.

The police urged school authorities to ensure that peace prevails in learning institutions at all times.

One Comment on “Maths Teacher Apologises For Violently Assaulting A Student”