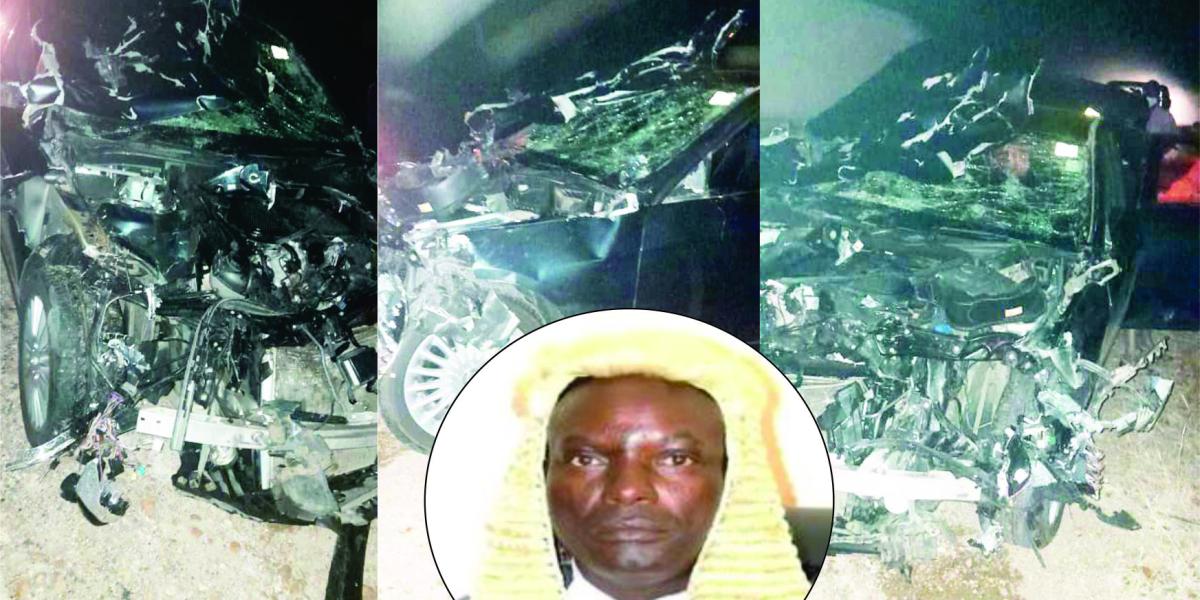 The Mirror reported sources as saying Justice Mawadze’s vehicle crashed into a herd of cattle that suddenly appeared in the road and hit five of them.

Following the car crash, the herdsmen allegedly ran away and disappeared into the darkness.

The judge’s car, an E300 Mercedes Benz, was reduced to a heap of twisted metal.

Chikwanha told The Mirror that Mawadze who is based at the High Court in Masvingo was coming from a business trip in Zvishavane and was on his way home. He was alone in the car. Said Chikwanha:

The Judge was coming from a business when he was involved in an accident, 20km from Zvishavane.

I talked to him an hour before the accident. It came as a surprise to me when I learnt that he had been involved in an accident.

I can’t say what he was doing in Zvishavane as you know judges visit courts for different reasons including assessing or holding workshops. All I can say is he was on duty.

Justice Mawadze declined to comment and referred questions to Chikwanha. The Mirror, however, understands that Mawadze is recuperating at home.

Efforts to get a comment from Midlands Police Spokesperson, Emmanuel Mahoko were futile.

Mawadze was surprisingly sidelined in recent Judiciary service promotions in flagrant disregard of the law.

In terms of the law, Mawadze who is now the most senior Judge at the High Court was supposed to automatically assume the position of acting Judge President when the incumbent Justice George Chiweshe was elevated to the Supreme Court two months ago.

Mawadze was also overlooked when the President eventually made the substantive appointment for the post.

One Comment on “High Court Judge In Horrific Car Crash”