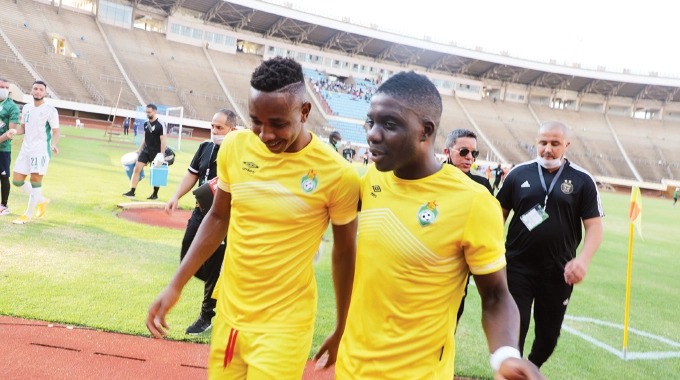 Warriors players might be available for the 2022 World Cup qualifier matches between Zimbabwe and Ghana early next month amid reports that a meeting among Premier League clubs on Thursday agreed that players travelling to red zone areas would be allowed to travel.

All the players were not available for the matches against South Africa and Ethiopia after their clubs blocked them as they would be quarantined for 10 days upon return and subsequently miss two matches.

The UK government wants the players to be housed in strict bio-bubble conditions for them to be exempt from the quarantine requirements.

Zifa spokesperson Xolisani Gwesela Friday said they had sent correspondence to the respective clubs in England to release players and they were awaiting responses. He added:

That is the procedure; we request the player and they respond and if they cite any reason like COVID-19 for non-release of a player, then we engage. We also hope that Fifa is seized with the matter. The Fifa regulations on the release of players are clear, players have to be released.

United States-based Teenage Hadebe was also blocked from travelling by his club Houston Dynamo last month, but some players based in Europe that made it include France-based Tino Kadewere and Marshal Munetsi, among others.

ZIFA indicated that foreign-based players will fly direct to Ghana, which is not in the red zone, and will only play the away match if the UK clubs insist on blocking players from travelling to Zimbabwe.

One Comment on “Zimbabwe Vs Ghana: Hope For Warriors In England”