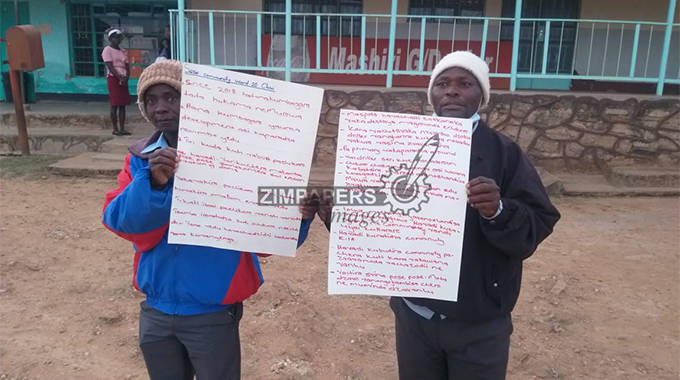 Villagers in Ward 20 in Chivi Central over the weekend held a flash demonstration against Murowa Diamond Company in a bid to force the company to leave their ancestral land.

The diamond miner has been camped at Danhamombe High School in the area and villagers want it to leave Sese where exploration for gems has been going on since 2018.

The government has tried to placate the angry villagers by forming a multi-stakeholder committee to bring the warring parties together has apparently failed to achieve its goals according to villagers.

Villagers claimed Murowa made some promises to them which it has hitherto failed to fulfil, hence they want the company out of their area.

Sese Community Trust Secretary Musiiwa Musiiwa told The Herald that they will not let Murowa enjoy peace until the company leaves their ancestral land. He said:

They are yet to fulfil promises they made before senior Government officials that they will decamp from Danhamombe High School and also drill boreholes and repair battered roads that were damaged by their heavy-duty exploration trucks.

The protestors held placards criticising Murowa for caused land degradation in Sese and demanding the miner leave Sese to allow them to enter into irrigation farming using Tugwi-Mukosi Dam water.

The villagers say they have resorted to flash demonstrations against Murowa to avoid violating the COVID-19 regulations than ban gatherings of over 100 people.