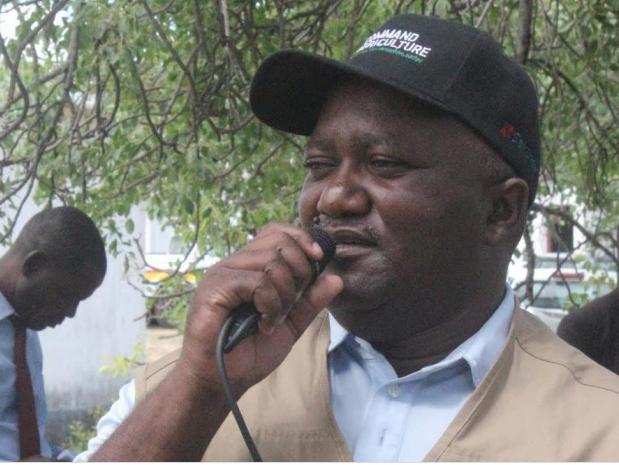 President Emmerson Mnangagwa is reportedly blocking attempts to bring to justice the Minister of State for Masvingo, Ezra Chadzamira who is facing corruption allegations.

Chadzamira was arrested by investigators from the Zimbabwe Anti-Corruption Commission (ZACC) on allegations of corruptly allocating land to his proxies in the Southeast Lowveld.

He was briefly arrested by ZACC investigators last Monday but prosecutors at Masvingo magistrates’ court declined to arraign him and advised the anti-corruption watchdog that the case will proceed by way of summons.

This was after Chadzamira sought Mnangagwa’s help after ZACC swooped in on him following investigations, The NewsHawks reported.

Chadzamira is alleged to be Mnangagwa’s political ally but has been facing pressure from a faction aligned to Vice-President Constantino Chiwenga which wants him arrested for corruption.

There is also a push for him to be suspended from the party on corruption allegations.

In January 2020 Chadzamira as the chairperson of the provincial lands committee instructed the Chiredzi district lands committee through a phone call to stop convening meetings.

Despite the ban, several people continued to receive land with the approval of the provincial leadership in the Lowveld district, a move that angered locals and war veterans.

This prompted war veterans from Chiredzi to visit Chiwenga’s office to lodge the complaint against Chadzamira, a move that resulted in the former military commander ordering the minister of state to reverse the allocations.

Beneficiaries were allocated plots under a project developed by Tongaat Hullet for the government in Hippo Valley.

Chiwenga cited corruption and segregation of the Chiredzi people in the project as reasons for the reversal.

A senior ZANU PF official in Masvingo told The NewsHawks that were it was not for Mnangwaga, Chadzamira could have been locked up.

He said Chadzamira was one of Mnangagwa’s strongest allies in the province from the time Mugabe was toppled through a coup in November 2017.

2 comments on “Mnangagwa Blocks Prosecution Of Chadzamira Over Corruption – REPORT”