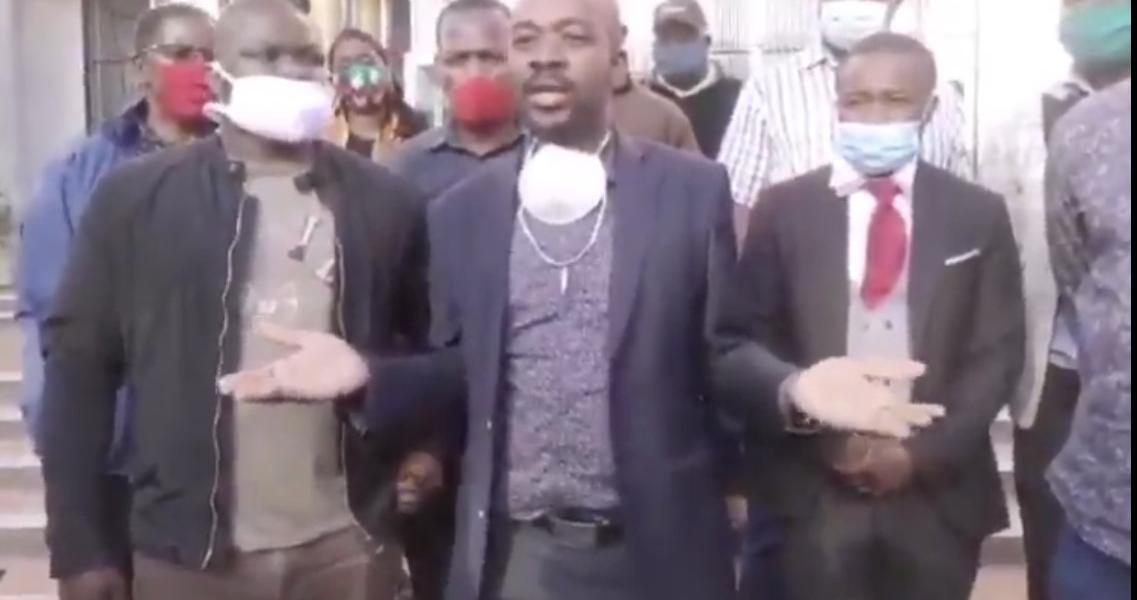 MDC Alliance president Nelson Chamisa said the biggest problem the party is facing is infiltration by Zanu-PF. Chamisa was speaking at the celebrations of the party’s 22nd anniversary held in Bulawayo on 11 September 2021.

The celebrations were cut short by the police who said the event had not been approved.

We know our biggest problem has been infiltration. You see someone given a position by Zanu-PF, see someone going to State House. When you joined the organisation you were not at State House you joined in your branch, why should you go to State House? For what? Why do you want to be paraded like a brahman that is being auctioned?

Why, cheapening yourself? To lose integrity and dignity for what reason? Just because you have been given money. Life is not about money and trinkets that don’t matter.

So today as we celebrate 22 years, some are asking us, celebrating as who?’ We are celebrating the journey of this struggle, we are celebrating the idea that we have been out there for 22 years. We have seen it all. A lot has been thrown at us but we are not collapsing. We are standing and tell you what the party has grown bigger than what it was. What was done by Hichilema we will multiply by 10 here.

It tells you that illegitimacy that was buffeting Mnangagwa’s seat has now migrated into Parliament so we now have illegitimacy in Parliament. Illegitimacy is the biggest problem in this country. We have people who are not elected in Parliament but what is the way forward? The only way forward is what I am now going to give you as we go we have seen Zanu-PF authoritarian consolidation dramatised – recalled, seeing people do this and that.

Chamisa’s remarks follow recent defections from his party to Zanu-PF by some members.

2 comments on ““Our Biggest Problem Has Been Infiltration” – Chamisa”