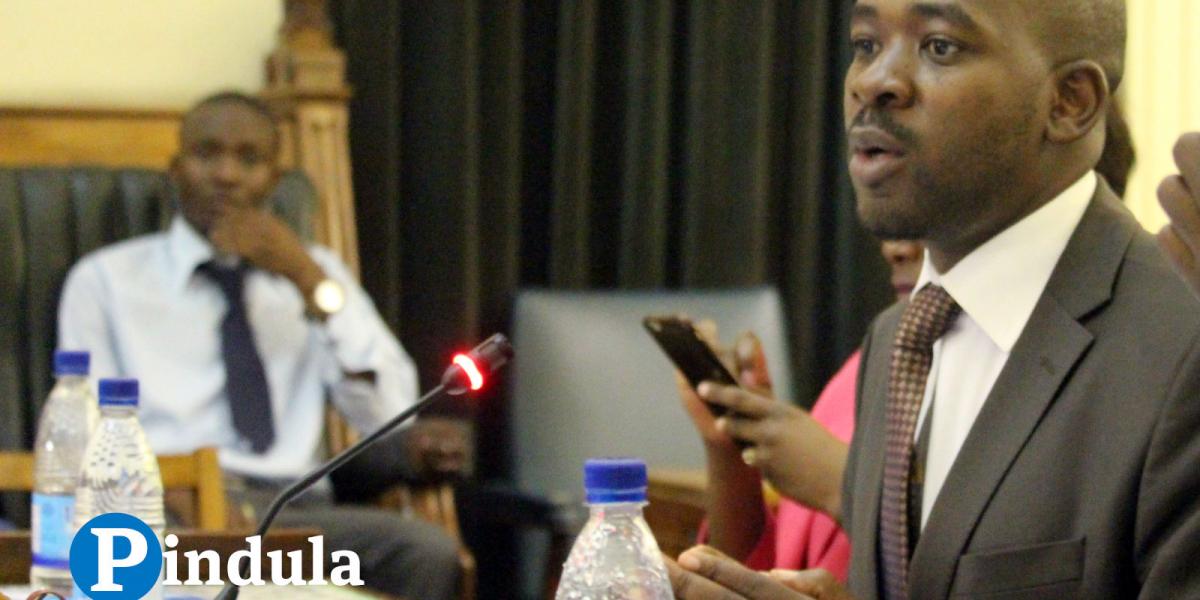 Two decades ago, a diverse range of people and groups came together to build a glorious movement that would play a significant role in shaping the governance of our country.

At the time, Zimbabwe was still in its teenage years, but it was facing serious challenges. Signs of stunted growth were already evident in the social, economic, and political spheres.

The men and women who had valiantly led the fight for our independence had reached the limits of their capabilities. The ship was running aground, and it needed to be rescued.

It was in this context that the People’s movement was born on 11 September 1999 to carry out this historic mission.

The journey was never going to be simple, but the People’s movement has stood firm and equal to the task. Given the magnitude of the resistance and repression from the forces of the establishment, it is no mean task the people’s movement remains alive and fighting.

This is so because the is a big idea of challenging repressive rule and promoting open, democratic, and transformative governance.

Those faithful to the idea have remained resolute and determined against numerous odds that would have buried any other ordinary political unit.

Over the years, the People’s movement has grown into something bigger than we could have imagined.Perpetual succession is a hallmark of enduring institutions. A strong institution must be able to survive its founders.

The leading lights of the People’s movement ’s founding era, luminaries like Morgan Tsvangirai, Gibson Sibanda and Isaac Matongo are no longer with us, but the institution has survived them.

This is a testament to the strength of their vision and leadership and to the durability of the idea whose seed they planted back in 1999.
For many of its faithful, the People’s movement has become a way of life; something that is woven into the social fabric of Zimbabwean society.

This is the reason why the idea has survived despite the enormous obstacles that have been thrown on its path since birth. The idea has retained persuasive value and authority among the people. Even its critics and detractors cannot afford to ignore it. Babies born in 1999, when we started, have since reached adulthood.

Their struggles have mirrored the struggles of the movement which resonates with their dreams and aspirations. It gives me enormous satisfaction seeing young Zimbabweans, some born shortly before or after its formation, taking ownership of the idea that it represents. They had the choice to take the easy path, becoming part of the gravy train.

But no, they chose the hard path, identifying with the movement that they know is dedicated to a more progressive way of governing the country bequeathed to them by their forebearers. The “Great” in Zimbabwe cannot be purchased by trinkets from the ruling establishment.
Over the past year, we have seen a sustained and determined effort by the people’s oppressors to undermine and destroy the movement.
This is because the oppressor despises a strong alternative. The oppressor prefers the outdated politics of the one-party state. The oppressor has used surrogates masquerading as opposition to impersonate us, usurp the People’s assets and to expel People’s lawfully elected political representatives from elected bodies.

They have even diverted public funds that we rightfully earned based on our performance in the 2018 elections. This money is dished out to their preferred opposition. The idea is to suffocate us politically and financially and drive us into extinction.

But they are suffering a fundamental delusion. They mistake buildings for institutions. They confuse money for votes. They erringly believe that a name and an idea are the same thing. They focus on materials, not ideas. They do not realise that the idea that holds us together transcends buildings, titles labels, entitlements, emoluments or money.

The painful reality, which they discover each time they stamp their hard boot upon us is that the movement that was established in 1999 is etched in the hearts and minds of the citizens. It does not die because a judicial officer has made a controversial pronouncement.
It is not erased from the hearts and minds of citizens because a partisan officer of Parliament has made an unfair decision to expel a duly elected MP.

It does not become redundant because a corrupted or partisan Minister has decided to divert resources to their favoured ones. It does not wither because some excitable ‘willing tools’ of the ruling party are wearing stolen robes.

It is a way of life that cannot be changed on the whim of a politician whose primary mission is to expunge a genuine opposition from the political landscape, replacing it with a government ‘created opposition’.

We are not the first in post-independent Zimbabwe. Indeed, we are not the first political party to have suffered an onslaught designed to cause extinction. There was ZAPU led by the iconic Dr Joshua Nkomo before us. Veteran nationalist Edgar Tekere formed the ZUM which challenged the attempt to establish a one-party state. Former Chief Justice Enoch Dumbutshena and his colleagues tried their hand at politics with the Forum party in the 1990s.

These parties were terrorized and ultimately swallowed or pummelled into submission by ZANU PF. We have stayed the course although much has been thrown at us. It is a mark of our resilience and collective believe that we have remained afloat. But we have not only survived.
We continue to challenge repression. The reason why the regime and its enablers continue their onslaught long after everything they have done to date is a mark of recognition of the political force that we are. Each time they knock us down using underhand blows, we rise and stand strong.

Not even the attempt to impersonate us will succeed. You can steal a label, but you cannot steal character. Citizens can see through the political gimmicks. They can identify the grain from the chaff.

Even democrats beyond our country can distinguish between a fake and the genuine article. Last week, I was invited to the inauguration of President Hakainde Hichilema in Zambia. His ascension to the highest office in our sister country is a proud moment for Africa, the people of Zambia and indeed a humbling one for all of us who are strong believers in the idea of a New Africa and democracy.

President Hichilema’s success reminds us that the pursuit of democracy requires principled leadership based upon resilience,consistency, determination, and strategy. He did not stop because the opposite side had thwarted him several times before. He did not give up because he was being persecuted. He did not throw in the towel because they were naysayers who said it was impossible. We draw great lessons and inspiration from that experience.

I began by looking back to the first days of our movement. I emphasised the fact that ours is a glorious movement based on an idea that is woven into the fabric of society.

They have tried many things. They will keep trying, hoping to put us down forever. But they will not succeed. They will fail because the movement is bigger than the material things that they are grabbing and destroying. We are rooted and headquartered within the hearts and minds of Zimbabweans. They cannot destroy what is written in the hearts and minds of the people.

I was a young man when we started along with others. I am now a full man and still at it. The idea of getting tired is a luxury that is unaffordable. We are inspired by the missionary zeal to transform anchored on the will to change. When I see the fervour among the young people, I am energised and reinvigorated.

So many young people have emerged since those early days in 1999. We thought by now, things would be better. They are not, but it has not been for lack of trying. I want to end by urging you all, young people of Zimbabwe, to seize the moment, just like your peers did in Zambia.

We can start this by registering to vote. The right to vote is one of the most central democratic rights that we enjoy. At 18, everyone can register as a voter and participate in elections. But while this is so fundamental and potentially life-changing it is regrettable that so many people still do not exercise it. Each time that an eligible person does not vote, they are outsourcing their future to the next person who is voting.

We can change this, but to do so we must take an extra effort and extra step, that mental leap to win Zimbabwe for change. As you know, change is anchored in belief. We need a progressive mindset that recognises the fact that every vote matters.

Remember this: a million votes are made up of a million single votes cast separately by a million individuals. A hallmark of our culture is that “I am because you are”. We call it Ubuntu. It is a recognition that one’s humanity and worth is not isolated from the humanity of the next person. Similar logic applies to our votes. Your vote counts because of the next vote. Together they can make a more significant impact.
That is why we must all, young and old, play our part as we push this historic phase of our struggle for better governance of our country. We need an inter generational consensus. We must seek and construct a new consensus, a new national convergence. We did it with the liberation promise. Let us do it once again with the transformation promise.

We are blessed with an abundance of resources, but at present, they are benefitting a few, a small clique that believes it has exclusive rights to them. Resources belong to all of us, but to change this primitive monopolisation we must converge in large numbers to challenge and defeat the forces that continue to hold the country hostage. They would not be a million if one thought voting was pointless. We must embrace the spirit of ants that know that the survival and perpetual succession of their colony depends on each one of them performing its respective role.