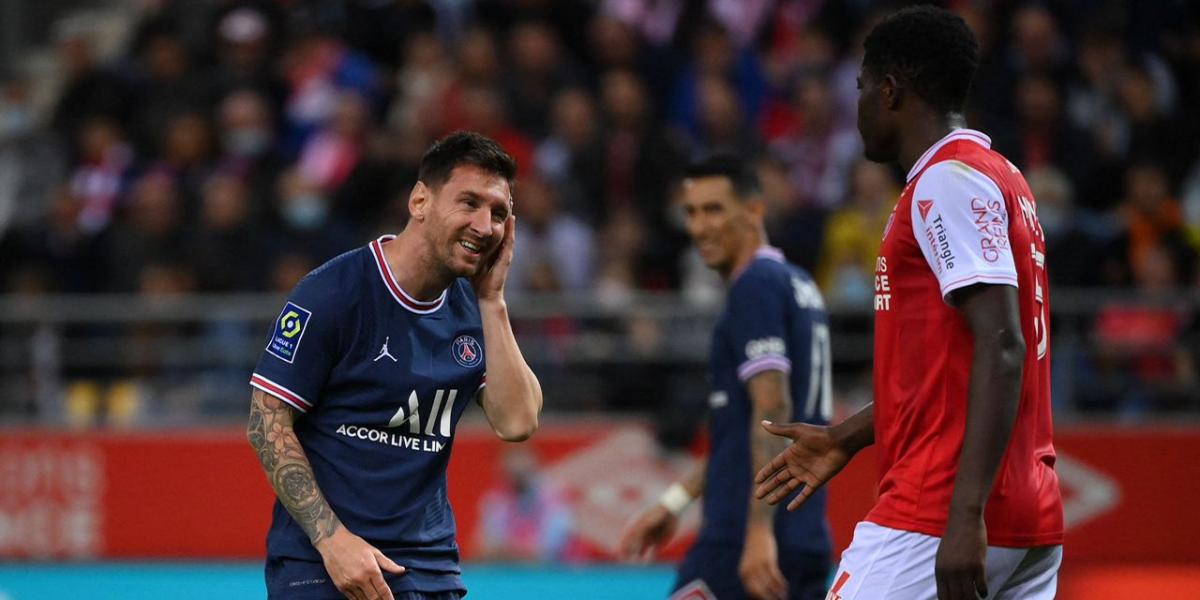 Warriors midfielder Marshal Munetsi said that playing against arguably the world’s best-ever footballer, Lionel Messi was a great experience for him.

Munetsi, who plays for French League 1 club Stade de Reims, was tasked by the club’s manager to man-mark the superstar when the team clashed with Paris Stain-Germain in a league encounter last week.

Messi, who was making his debut for the Paris club, was harassed by the Warriors midfielder.

Despite Reims losing the match 2-0 thanks to Kylian Mbappe’s brace, the Mabvuku-born star stood toe-to-toe with the six-time Ballon d’Or winner.

He also thought he had cancelled out Mbappe’s opener, only for his goal to be ruled out following a VAR intervention.

Speaking in a recent interview with NewsDay, the 25-year-old former Orlando Pirates player said it was a good experience for him to see Messi in person. He said:

Playing against Messi was a great experience for me, growing up watching him and winning six Ballon d’Or … all the things that he achieved with Barcelona.

It was a great opportunity for me and we tried as a team to get a positive result. We have had three draws.

Playing Paris Saint Germain was a huge task for us because they have top quality players including Messi, so it was a good experience for me to learn and to see him live in person.

Messi was on the receiving end of a couple of tough tackles from Munetsi during the match, but the two were seen exchanging some pleasantries at the final whistle. Munetsi added:

Yeah, we spoke. It was those usual exchanges and he was just wishing me the best for the season and the usual good luck we always share after the game.